SUDBURY – The Rainbow District School Board (RDSB), like several other boards in the province, are calling on the province to consider adding COVID-19 vaccines to the list of mandatory vaccines found under the Immunization of School Pupils Act.

This comes after the RDSB, at a meeting last week, debated the issue and the motion, which was forwarded by Manitoulin Island trustee Margaret Stringer.

“Let me briefly revisit my comments from the September 14 strategic planning committee meeting,” said Ms. Stringer. “As we know, the Immunization of Schools Pupils Act of 1982 is an important tool that helps keep both our students and staff safe. It outlines that all children attending school are required to be immunized for a number of designated diseases which includes diphtheria, measles, mumps, rubella, polio and tetanus.”

“COVID threatens the safety of all our children and adding it to the list of designated diseases, in my mind, is a necessary step,” said Ms. Stringer. “We know that a number of boards, including Toronto and Halton, have written letters to the ministers asking that COVID-19 be added to the list of designated diseases. I hope that we can join these boards with this motion.”

The recommended motion read that the board write a letter to the Minister of Education and the Minister of Health to ask that the Immunization of School Pupils Act be amended to include COVID-19 as a “designated disease” as recommended by the strategic planning committee.

“I just would provide the information that the Chief Medical Officer of Health (Dr. Kieran Moore), and the Health Minister (Christine Elliott) have indicated that they are considering it,” said Trustee Anita Gibson. She noted her concerns about the wording of the original motion, specifically asking the province to carry this out. She felt ‘consider’ would be a better word to use in the motion.

Trustee Kerrie St. Jean said, “I echo similar concerns. To consider adding this to the Immunization of School Pupils Act is a little premature, given there are only approved vaccines for kids who are turning 12 and older this year.”

“I understand my colleagues’ concerns, but a process to vaccinate those children aged 5-11 will eventually be in place I’m sure,” said Trustee Stringer. “When I hear the province is considering adding COVID-19 to the act is great, but it is not the same as acting on it.”

Trustee Judy Kosmerly told the board, “I too have problems with the wording as presented. I agree our board needs to be heard but it’s the wording I have concerns with.”

Manitoulin First Nation trustee Linda Debassige said, “sometimes issues like this can get caught up in semantics. We are asking the province to add COVID as a designated disease to the Act. What we are asking for is designed to help keep students and staff safe. Medical experts have been asking for the same thing.”

“I didn’t see anything threatening in the motion,” said Trustee Bob Clement. “Basically, we are standing by the government to make the decision on this. I’ll be supporting the motion.”

Trustee Stringer then put forward a friendly amendment to the motion, changing the word ask to consider amending the Immunization of School Pupils Act to include COVID-19 as a ‘designated disease.’

“I can move the proposed amendment,” said Trustee Dena Morrison.

The trustees approved the amended motion to forward a letter to government officials, with Trustees Gibson and St. Jean opposed.

The act referenced in the motion requires that children and adolescents attending primary or secondary school be appropriately immunized against designated diseases, unless they have a valid exemption. 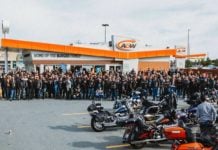