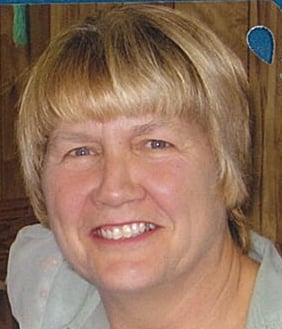 GAIL LOUISA EMERY
August 13, 1947 – October 1, 2021
Gail passed away peacefully at the Mindemoya Pallative Care Site at 9 am on October 1, 2021 with her loving husband Jim and son Gord at her side. Gail was born outside Gravenhurst in a settlement called Barkway on a farm. Gail had two sisters, Darlene and Joyce, and two brothers, Richard and John. Predeceased by brothers Randy and Barry and parents Howard and Pearl (Burnett) Clement. Jim has two brothers, Morris and wife Mary Lou (Gray) (predeceased) and a son Doug and family of Arnprior and Debbie of Gore Bay and Carol (predeceased), brother Fred and wife Evelina of Bridgenorth and daughter Brenda of Kitchener. Jim has a sister, Cathy Lucibello of Mississauga and son Michael and family and David (predeceased). Gail has three loving sons from her first marriage, Don and his boys Spencer and Russell, Gordon, and George Cameron and wife Jenn and son Quinn. She loved her boys dearly. Gail had bad headaches and was falling down, after a scan she was diagnosed with a tumor on the brain about the first of July. She was very devoted to her friends in the Gore Bay Lodge. Gail has a very strong faith in God. She was married to Jim for 30 years on September 14, 2021. We would like to thank the staff and doctors at Health Sciences North and Mindemoya Hospital for their kindness and support while she was there.