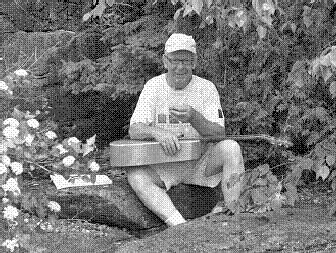 In loving memory of John Calvin Kelly, known to all as Calvin, who passed away at the Manitoulin Health Centre in Mindemoya on Wednesday, April 17, 2013 at the age of 77 years. Calvin was born in Gore Bay and grew up in Meldrum Bay. He was the son of Norman and Inez (Dinsmore) Kelly. As a young man he worked at his father’s sawmill operation. He moved to Sudbury and then to southern Ontario, where he met Mildred. They started their married life together in Guelph where he worked for Canada Post. In 1999, after his retirement, they returned to Meldrum Bay. Calvin, a self-taught musician loved music and could often be heard playing his accordion as family and friends visited around him. He was an accomplished woodworker and carpenter who renovated more than one of his and Mildred’s homes. Calvin was a strong family man who was considered by his children as their rock. Devoted and loving husband of Mildred (Jackson) and loved father of Irene (John), Anita (Derek) and Kevin (Lynn). Adored grandfather of Brandon, Logan, Breannah, Cory, Isaac, Olivia, Jordan, Nathan and Hayden. Brother of Vera Bailey (Leonard) and predeceased by his sister Norma Townsend. Brother-in-law of the late Jackie Moisan, late James Jackson (Sandra), George Jackson (Jane), Harvey Jackson (Bertha), Lois Burns (Rod), Vi Dronick (Tom), Stanley Jackson (Debbie), Florence Garbutt (Ken), Murray Jackson, Lloyd Jackson (Dorothy) and Barbara Ann Jackson. Friends called at the Culgin Funeral Home, Gore Bay on Sunday, April 21, 2013 from 6 pm to 8 pm and Monday, April 22, 2013 from 12 noon until time of the funeral service in the Wm. G. Turner Chapel at 1 pm with Pastor Erwin Thompson officiating. If so desired, memorial donations to the Meldrum Bay United Church, ALS Society of Canada or Mindemoya Hospital Auxillary would be appreciated by the family. A memorial service will take place in Guelph, Ontario at a later date. Online condolences may be left at www.culginfuneralhome.ca. Culgin Funeral Home, Gore Bay, 705-282-2270. 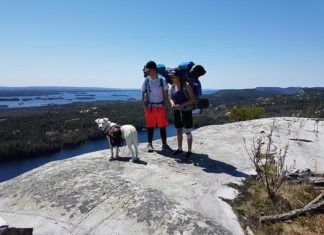