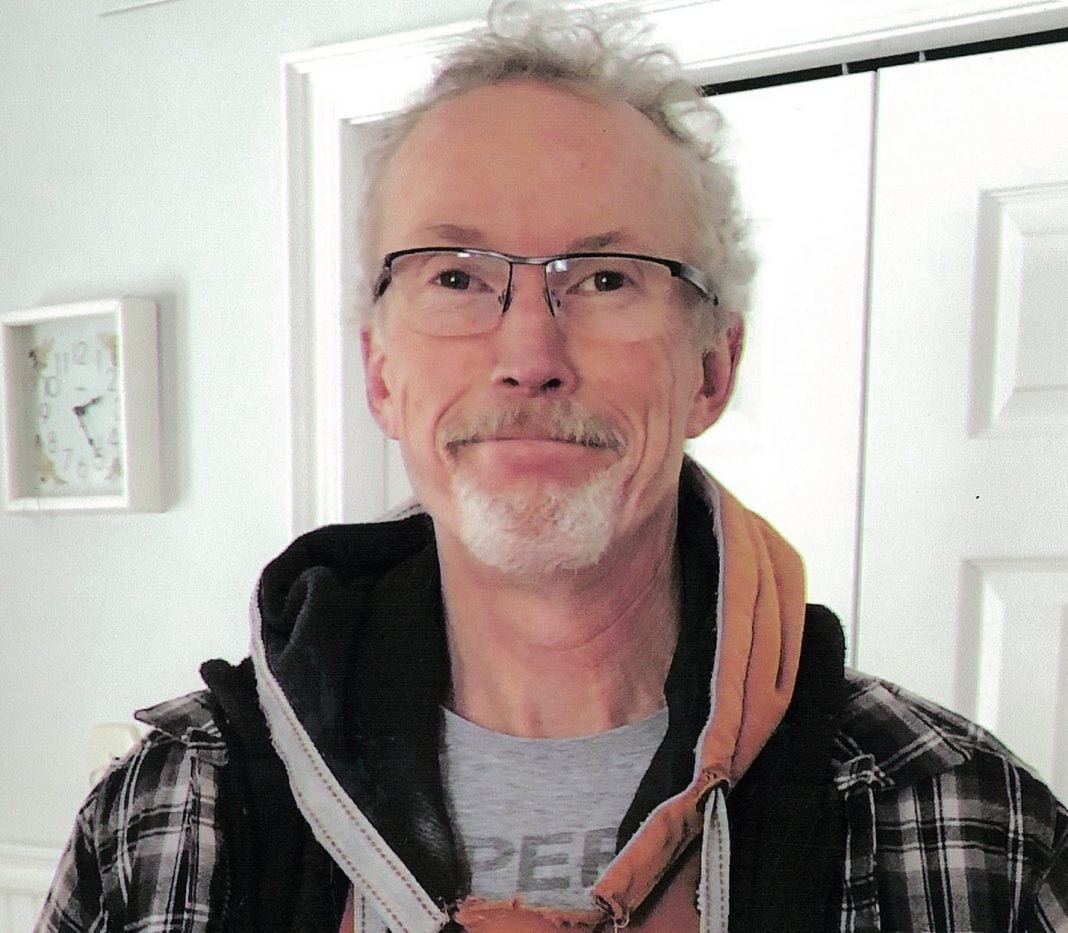 JOHN DAVID ENGLISH
November 11, 1964 – June 8, 2019
With broken hearts, we announce the sudden and unexpected death of our son and brother, John David English, of Marathon, and formerly of Brampton and Toronto, ON. Beloved son of Dennis and Catherine (Carrene) English (nee Lang) of Mindemoya. Cherished brother of Jennifer English of Marathon, and Michael English and his wife Lillian Shum of Aurora, ON. Fun-loving uncle of Jonathan English of Marathon and Ottawa, and William English of Aurora, ON. Nephew of Sharon Bouffard (nee English) of Guelph and Thunder Bay, John Lang and Reni Jackman of Toronto, and John and Anita (Tootsie) (nee Lang) McDonald of Sioux Lookout, ON. Funeral services were held at Holy Saviour Church in Marathon, and at Our Lady of Canada Parish in Mindemoya. David was born in Toronto, and grew up in Etobicoke, Mississauga, and Brampton. He completed high school at Cardinal Leger Secondary School in Brampton. He apprenticed as a carpenter, and in later years, he graduated from George Brown College in Toronto with a degree in Construction Engineering. He worked for many years in the GTA before moving permanently to Marathon. David was an experienced” finishing” carpenter and had recently pursued a career in the plumbing trade. He loved animals, nature and the outdoors, especially Dickie Lake in Muskoka, Manitoulin Island, and the north shore of Lake Superior. He had a passion for fishing and campfires. He cheered for the Green Bay Packers in Wisconsin, and the Everton British football team in England. He leaves many extended family relatives and friends from across Canada and England who will mourn his passing.
Rest in Peace, David