KAGAWONG—Kagawong’s Sandi Hurcomb was one of the people honoured recently by the Toronto General Hospital and the Hospital for Sick Children. She donated half of her liver to a stranger in 2010.

“It has been two years, as of July 21, that marks the date that I anonymously donated a portion of my liver,” Ms. Hurcomb told the Recorder.

The Toronto General Hospital and the Hospital for Sick Children held the event to honour people who have donated a kidney or part of a liver through the hospitals’ transplant programs over the last two years.

As part of the gathering of live organ donors at the event, which was held at the Westin Bristol Place Toronto Airport Hotel, Ms. Hurcomb spoke about her experience as one of the guest speakers. The Toronto Star reported in its May 23, 2012 edition that roughly 150 donors and their guests swapped stories of surgeries, scars and recovery times, and discussed their motivations to give the gift of life.

Ms. Hurcomb had been asked to speak at the same type of event last year, but unfortunately, planning didn’t pan out and it didn’t take place. This year she requested to speak at the event and her request was accepted.

“I had kept a video diary after the surgery,” she explained, and later wrote a speech in about 30 minutes, sharing her thoughts on the experience.

“If you were a person who supported a donor in the process of donating, please stand up,” Ms. Hurcomb said in her speech. “I ask that you stand to be recognized for your love and your willingness to venture down a road that none of us expected to ever be on. That you came on this roller coaster ride and saw it through to this point makes you an extraordinary person. Without family and friends propping us up, we, the donors, may have been less likely to make the commitment that we did. There were no guarantees it would work or that our health would not be greatly impacted. Despite that, you stood strong at the risk of losing a loved one. We appreciate and thank you for taking that leap of faith with us. Your support and love made this decision and its outcome possible.”

Ms. Hurcomb noted the day she donated part of her liver was not the day the story began, nor the day it ended.

“The difference between me and many of you in this room is that I have no idea who received my organ,” she told the gathering in Toronto. “I am an anonymous donor. I have tried on many occasions to explain to those who asked, ‘why would you do this?’ Dr. (Gary Levy) asked the question, family members asked and students at the school that I work at wanted some kind of answer. I have even asked myself that same question. This is the best answer that I am able to offer.”

“My husband (Dave) and I have been together for almost 19 years,” said Ms. Hurcomb. “He accepted from the beginning that I do things in my own unique way. By choice we have no children of our own. I never felt that I was parent material. Unlike some people, I was not born to be someone’s mom. This donation satisfied that human urge to live on in someone else, to give life without having given birth. I have led a very fortunate life, I am proud of some of the things I have accomplished and proud of many of the obstacles that I have overcome. I have by most accounts lived a privileged life with ability to say that I always tried to treat those that I love and those that I don’t know with respect and honesty.”

“That being said, this donation gave me a certain personal comfort. To know that no matter what, I could point to one thing that I did, without question, and I can be proud of that,” continued Ms. Hurcomb. “These two reasons are the best answers I can muster to explain why I donated my liver.”

“Many of the donors in this room revel in the outcome of their donation. You can look at the person who was once ill and who has now regained their strength. You get to witness their ability to plan for the future, a future that may never have been, had it not been for your sacrifice and your generous gift of more days to come. I must see things from a different perspective,” Ms. Hurcomb told the gathering. “I have no idea of who received my donation. I do know that she is a female, which narrows it down by only half. So, I have formed in my imagination a picture of who she is. Her image is a blurry one; she has long hair, a quiet spirit and is much younger than myself. She is now more vibrant and growing in the experience of a life that was previously restricted by health concerns.”

“I am not likely to ever meet my recipient,” said Ms. Hurcomb. “I have been told by staff that of 14 anonymous donations, only four had been contacted by their recipients. I made it very clear that I was very open to someday meeting this blurry girl that now lives with a piece of me inside her body. From the beginning I knew that I was going into this not for a thank you, but more for the knowledge that someone else had the chance to be thankful for everyday that came afterwards. If I was ever given the chance to be face to face with her, I would greet her with open arms, give her a heartfelt hug. I would look at her directly and tell her, ‘I have cared about you and thought of you everyday, and I will do so from here on. Thank you for giving me the chance to be a better person’.”

Ms. Hurcomb explained, “I have come to care very deeply for someone that is a complete stranger, a person that I could pass on the street and never be able to identify. She has become a part of my daily thought process with an emotional connection that defies my own understanding. If I could speak to a person who is considering an anonymous organ donation I would tell them to expect there will be a lengthy recovery, expect there to be difficulties, but above all expect that the mystery that is to come is worth every minute, and expect it to give you a perspective that few will ever experience. Know that you have not just changed the life of your recipient, but the lives of those who love that person and the lives of those who will have the chance to love them in the future.”

“I have seen unparalleled heroism from individuals who put their lives at risk and step forward to save the lives of loved ones and sometimes even perfect strangers through anonymous donation,” Dr. Levy was quoted by the Star as saying. “Their courage and selflessness has resulted in savings of hundreds of lives.” 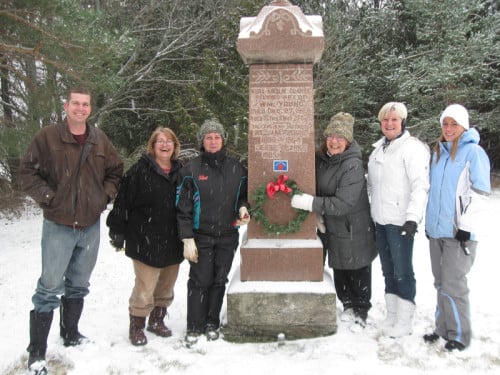 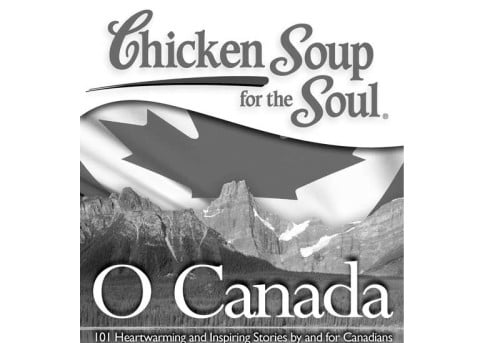