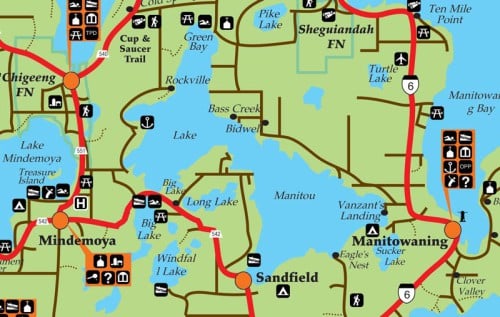 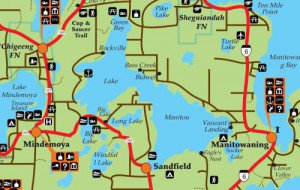 An Official Plan Amendment (OPA) to permit the building of a 21-lot subdivision on Lake Manitou was supported by the Northeast Town council before being forwarded to the Ministry of Municipal Affairs and Housing (MAH), the approval authority for the OPA, for a decision.

The MAH did not reach a decision within the 180-day time frame dictated by the Planning Act, which gave the applicant, Lions Head area developer Doug McLay, the opportunity to appeal the non-decision to the Ontario Municipal Board.

LMAA president Mike Costigan explained to The Expositor that the association felt that due to the delicate state of Lake Manitou, the lake could not withstand any additional development, leading the LMAA to oppose the McLay Subdivision.

“The lake’s phosphorus and oxygen levels are a serious concern,” said Mr. Costigan, “and any further development could significantly affect these levels, threatening the lake’s ability to support the trout fishery.”

In correspondence between the MAH and the MNR in 2009, Scott Dingwall, district planner with the MNR stated that, “Lake Manitou is a provincially significant lake trout lake and is therefore sensitive to any shoreline development that would result in a net loss of fish habitat.”

“Our fundamental concern is that preliminary water quality data suggests that this lake is currently at or below the 7 ppm allowable dissolved oxygen limit established by the MNR (and supported by the MOE) to protect lake trout populations,” continues Mr. Dingwall. “The proposal may therefore be inconsistent with the above policy (“Development and site alterations shall not be permitted in fish habitat except in accordance with provincial and federal requirements,” PPS 2005 policy 2.1.5).”

After reviewing the proposed OPA for the development the MNR and MOE reviewed three years of data, concluding that the water quality data indicates an oxygen concentration level below the minimum 7 milligrams per litre.

“In response to the application, the MNR and MOE have collaborated on dissolved oxygen research for the Lake Manitou resulting in three years of reliable data that has been reviewed by three expert investigators,” states correspondence from the MNR and MOE to the MAH in May of 2011. “The relevant water quality data indicates a dissolved oxygen concentration below 7 mg/L. We conclude that the minimum 7 m/L dissolved oxygen stand has been exceeded and that the lake is now at its maximum allowable development capacity.”

The MOE and MNR go on to state that any further lakeshore development would cause a continued loss of fish habitat and a “contravention of the PPS policy.”

“We therefore object to this proposal and recommend that it not be approved,” concludes the correspondence.

“The matter before the board is the preservation of Lake Manitou’s provincially designated fish habitat and the fisheries it supports (the lake trout fishery helps support lake trout fisheries across the province thought the operations of Blue Jay Creek Hatchery Station),” stated Mr. Coulter, “and if further alteration of the landshore should proceed and whether it is even allowed under provincial planning policies. The LMAA submits its disposition towards the proposed amendment the official plan is, or should be, straightforward. The scientific evidence clearly shows that the habitat of this provincially designated lake trout habitat is already impaired. Lake Manitou is already at capacity.”

Mr. Coulter, on behalf of the LMAA, requested that the OMB hearing not move forward.

During the OMB pre-hearing, at which the date, location and scope of the hearing was discussed and determined, the LMAA was granted party standing, thus allowing for the LMAA to present evidence and cross examine during the hearing.

The OMB member overseeing the pre-hearing heard from Mr. McLay’s attorney Mr. McAdams as well as Matthew Biderman, council with the province and Charsley White, planning with the province, regarding evidence and witnesses both parties plan to present to the hearing and considered date conflicts, helping the member to determine the length and date of the hearing.

Despite the LMAA request, the OMB adjudicator stated that he could not refuse a hearing based on a statement and the hearing date was set for the first two weeks of September 2012 to be held at a municipal building in Sudbury, providing a more central location for the parties involved.

The OMB member added that he hoped the parties would attempt mediation.

When asked about mediation by The Expositor, Mr. McLay simply replied “no.”

“I thought today would be mediation, but obviously not,” added Mr. McLay.

For more information on the upcoming hearing, visit the OMB website at www.omb.gov.on.ca.

About 20 years ago, another proposed Lake Manitou development, located near Sandfield, was also referred to an OMB hearing following objections by the MNR and MOE because of its proximity to an important bass spawning shoal.

The OMB at that time found with the objectors to the project and denied the appropriate zoning to create the cottage subdivision.