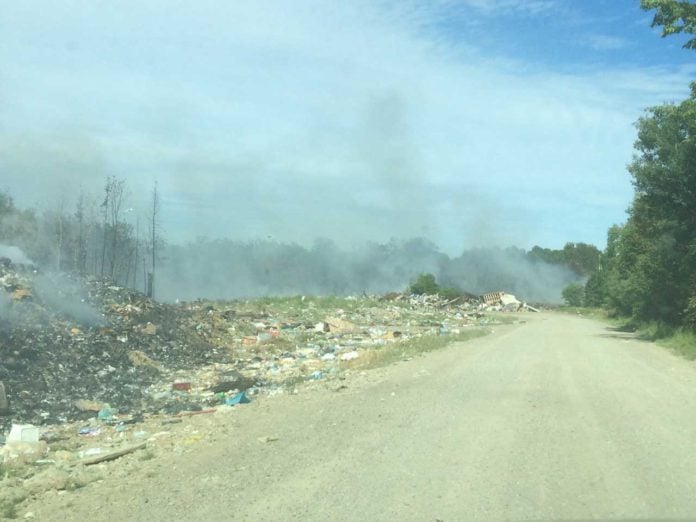 “Members of the Wikwemikong Fire Department have been battling a blaze deep in the community’s landfill,” noted Wikwemikong First Nation Chief Duke Peltier in a posted update for the community last Thursday. “A heavy equipment contractor has been engaged to assist the fire department,” noted Chief Peltier. “They are attempting to smother the fire with sand and remove the introduction of oxygen.”

Chief Peltier reported that MNR water bombers had made several trips to the site “to ensure the continued protection of the forest” over the course of the battle to extinguish the blaze and to prevent it from spreading. The chief assured the community that a number of steps are being taken to ensure the community’s safety and to contain the fire.

“We are instituting an environmental monitoring regime for air quality and water course management,” posted the chief. “INAC (Indigenous and Northern Affairs Canada) is supporting the community through the identification of additional resources. They have asked us to work with the ministry of environment.”

In addition to the short term tackling of the issue, Chief Peltier and his council have an eye to the longer term as well. “Additionally, we are continuing to advocate for longer term solutions that we were currently designing in collaboration with INAC to haul out refuse and recyclables to a licensed facility,” he said.