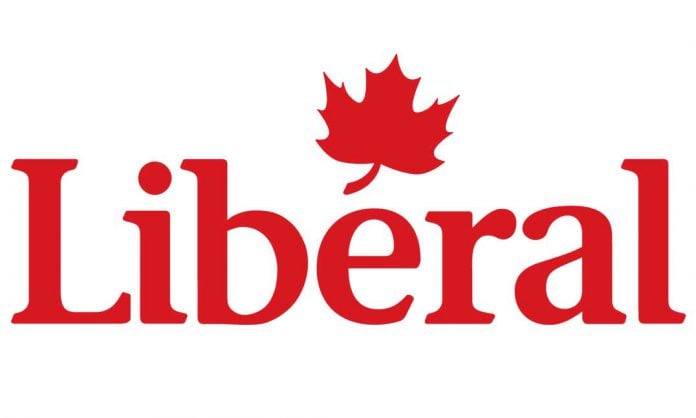 TORONTO—Prime Minister Justin Trudeau stepped into the heart of Doug Ford country last week to announce a series of sliding scale rebates to ordinary Canadians meant to offset the impact of the federal carbon tax. The prime minister made the announcement close on the heels of the Ford Government’s repeal of the former provincial Liberal’s carbon credit auctions held in partnership with Quebec and California.

Under the announced rebates the average Ontario family of four will see a cheque in the amount of $307, according to an analysis by CBC News. According to the same analysis, that rebate amount exceeds the anticipated $240 increase in cost for that family after the tax is implemented. When the carbon tax jumps to $50 per tonne in 2022, that average family of four rebate will leap to $718 in Ontario, again exceeding the anticipated cost increase of $564.

“The effects of climate change are everywhere, and they are a constant reminder of the need to act now,” said the prime minister in making the announcement. “While climate change is the biggest challenge of this generation, it also provides the opportunity to do better while growing the economy. We are investing in Canadian companies that are on the forefront of clean technologies, and are working with provinces, territories and municipalities to provide Canadians with more clean energy options. Protecting the environment is a responsibility we all share. That is why we are taking action to promote clean energy and growth in Canada. Together, and only together, we can make a real difference for our planet’s future.”

“We all understand that doing something about climate change means we all have to work together,” said Algoma Manitoulin Kapuskasing MPP Carol Hughes. “The difficulty is that the government hasn’t been able to bring the provinces together in support of a federal carbon tax.”

Ms. Hughes noted that “the challenge has moved from convincing people (climate change deniers) that the problem is real to whether we are able to do something about it.”

“Let’s look at how people managed to halt ozone depletion which Canada was a world leader on,” she continued. “The Montreal Protocol in 1987 was a global agreement that banned the production of CFCs and other ozone-depleting chemicals. It came into effect in 1989 and ozone levels stabilized and then began recovering to the point that we expect to have reversed the problem later in this century.” The main hole in the ozone layer that first raised the alarm was reported to have shrunk since then, becoming the poster child for humans tackling global environmental challenges.

“I think part of the problem with climate change is that people see it as too big for Canada to make a difference,” said Ms. Hughes, “but we should look at ozone and see how we can be global leaders.”

Ms. Hughes tempered her comments on the current Liberal government’s approach, however. “This government can’t have it both ways,” she said.

She contrasted her party’s approach to the issue: “New Democrats are saying that to effectively fight climate change,” she said. “We have to throw everything we have at the problem—that means setting ambitious targets with measures to hold the government accountable, taking concrete action to reduce emissions and investing in building the clean energy economy we need now.”

But for Ontario Premier Doug Ford, rescinding the carbon tax has been a linchpin of his election platform and one he moved quickly to implement. In cancelling Ontario’s carbon plan, Premier Ford has taken a $3 billion hit to the province’s coffers and forced the cancellation of green renovation programs that were aimed at reducing home energy costs.

“It’s just another Trudeau Liberal tax grab, punishing families and small businesses,” said Premier Ford in reaction to the rebates. “All it does is make life more unaffordable.”

But the province’s Financial Accountability Office, the Progressive Conservative’s longtime favourite flail against the former Ontario Liberal government’s budget numbers, doesn’t back up his political rhetoric. The Financial Accountability Office (using a slightly different model to calculate the rebate than what the Liberal government found the end result to be similar) reported its findings just days before the prime minister’s announcement. That report finds that costs for the average household in Ontario will increase by $258, but a rebate of about $355 will more than cover those costs.

“Doug Ford chose Trudeau’s carbon tax instead of a made-in-Ontario solution,” said Algoma-Manitoulin MPP Mike Mantha. “Now he’s letting Trudeau decide what to do with Ontario people’s money. Most families can’t afford to pay extra day after day and wait for a tax return at the end of the year. Premier Ford’s plan to do nothing means households will pay more. The province needs to find another $3 billion either from people’s pockets or our health care and schools. Our environment, our lakes, our air, our climate will suffer.”

Premier Ford did find an ally in the Chamber of Commerce, which lauded his repeal of the province’s carbon credit plan, and also in some Island manufacturers.

“They (carbon taxes) are a bit ridculous, but carbon taxes are just collecting money from everyone,” said Dave Ham, owner of Manitowaning’s Henley Boats. “I can’t see what they are trying to achieve,” he said. “They will never achieve it (carbon reductions), I can’t see it for the life of me. I agree with Doug Ford on this one 100 percent.”