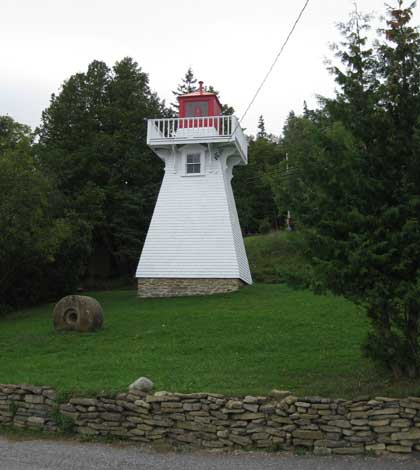 KAGAWONG—There were some heated exchanges at Billings council recently as the members of the municipal council discussed the acquisition of the Kagawong lighthouse from the federal government, which is undergoing a divestiture of a large number of lighthouses across the country deemed surplus to the navigational needs of the Canadian Coast Guard.

The municipality is currently negotiating the terms of an acquisition of the property and one councillor has expressed strong reservations about the deal being offered by the federal government. “I am not so much against taking the lighthouse over,” said Billings Councillor Brian Parker, “but I am concerned with the contract being offered us by the federal government.”

Mr. Parker noted that under the terms put forward by the federal negotiator, the town would receive $20,000 for the ongoing maintenance of the lighthouse, an amount that Councillor Parker said he was concerned would not be adequate. “$20,000 doesn’t go very far,” he said, “especially since we would have to maintain it for life.”

The latest fracas at council centred on the exclusion of the museum board’s designated representative from the negotiations, despite it being indicated at a previous council meeting that the representative would be allowed to take part in the meeting as for his expertise in lighthouse transfers.

Mr. Nelson had been told that he was excluded from the meeting due to the recommendation of the town’s legal counsel, which turned out to be misinformation, according to later remarks by Billings’ Mayor Austin Hunt.

Councillor Tom Imrie, who had originally invited Mr. Nelson to the negotiation meeting, was reportedly dismayed upon learning that the exclusion of Billings Heritage Centre curator and Manitoulin Lighthouse committee co-chair Rick Nelson from the meeting was not based on fact.

Mr. Parker, who was involved in the meeting, stressed that his concern was simply “to cut the best deal we can. I want to make sure we cover the costs and not leave the taxpayers on the hook for a lot of expenses in the future. I don’t want to saddle future councils with ongoing costs. I want to make sure people get a good deal.”

Although Mr. Imrie, Mr. Parker, Mayor Hunt and Billings clerk Kathy MacDonald went into the meeting where the teleconference was held, Mr. Nelson was left outside the meeting and told he would be called upon if his input was needed.

“I would hope Mr. Parker shares the Lighthouse Committee’s interest to save these historical structures, like the one in Kagawong,” said Mr. Nelson. “Regrettably you can’t expect everyone to share our passion to rescue these buildings. However, I’d like to think the people who feel that way are in the minority.”

Mr. Parker said that there are a number of reasons the municipality has an interest in the property. “Our water lines actually run underneath that property and it would be a good draw for tourism,” he noted. “I would like to see it taken over by the municipality eventually. I am not trying to be negative towards the museum board.”

The direction to staff at a previous council meeting to include the museum board representative in the negotiations had not been given in the form of a motion, an oversight Mr. Imrie sought to correct by bringing forward a motion to that effect. Although Mr. Parker brought a number of procedural objections to the motion, at one point suggesting that he was being blindsided by the motion. It was pointed out to Mr. Parker that the motion simply ratified the decision made at a previous council meeting. Mr. Parker suggested that he did not recall that decision and that he must not have been present. It was pointed out that Mr. Parker was quoted in the paper from that meeting.

After several abortive attempts to call the question on the motion, council finally moved that the museum board’s designated member be included in discussions over the acquisition, exclusive of in camera issues. 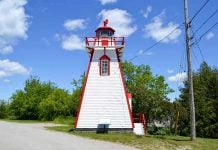