SUDBURY – M’Chigeeng First Nation Ogimaa-kwe Linda Debassige, who is also a trustee with the Rainbow District School Board (RDSB), is the new vice-chair of the board. Former board trustee Bob Clement is taking over as chair of the school board.

“I am honoured to be the first Indigenous trustee to serve as vice-chair of the board,” stated Ms. Debassige in a press release. “I will be guided by humility, respect, honesty and love as I fulfill this responsibility.”

“As a trustee, our first responsibility is to the children who receive a beautiful education from Rainbow District School Board,” said Ms. Debassige, in the release.

“For me, I was shocked at the results of the vote for vice-chair, but also excited and honoured at the same time,” Ms. Debassige told The Expositor. “I have tremendous respect for Dena Morrison,” previous vice-chair of the board, “for her knowledge, efforts and continued dedication as a board trustee.”

“With the additional responsibility, it does not make any trustee better than any other,” said Ms. Debassige. “We are all equal on the board, and it’s not about the title but the level of commitment, dedication and shift in leadership one can bring.”

The RDSB is the largest school board in Northern Ontario and has passed the Truth and Reconciliation Action Plan, noted Ms. Debassige. “And our new director of education (Bruce Bourget) is focusing strategies and planning and reached out to First Nation stakeholders in this process. He has made direct contact with our (First Nation) stakeholders towards moving the Truth and Reconciliation process and is supportive of Indigenous education being brought forward. I want to support him in doing so.”

Ms. Debassige said, “I am honoured to be the first Indigenous vice-chair of the board, elected by my peers in that role. And what I find interesting is that with the new chair of the board (Mr. Clement) being from Espanola this is the first time within the board that both the chair and vice-chair are outside the Greater Sudbury area.”

“Every trustee has the opportunity to bring forward and take part in discussions, and now our area will have additional opportunities and experiences, which is important,” said Ms. Debassige. “As far as I am aware, since the amalgamation of the Manitoulin Board of Education (with RDSB), there has never been an Indigenous person serving in the role of chair or vice-chair of the board.”

Ogimaa-kwe (Chief) Linda Debassige has served as First Nations trustee with RDSB for the past three years. She represents the 11 First Nation communities that have educational service agreements with the board.

Ms. Debassige was born and raised in M’Chigeeng First Nation. She graduated with honours from Confederation College Civil Engineering Technology Program in Thunder Bay. She is the proud mother of two children and grandmother of one.

Ms. Debassige is on the board of directors of Noojmowin Teg Health Centre, Mnidoo Mnising Power General Partnership Inc., Ojibwe Cultural Foundation, RES’EAU Centre and is a trustee with the Robinson- Huron Treaty.

At the RDSB organizational meeting December 7, trustee Bob Clement was elected by the trustees to serve as chair of the board. Mr. Clement is the trustee for Espanola and surrounding areas. Born and raised in McKerrow, he attended Espanola High School. He worked at Domtar, the town mill, as a lab analyst for 38 years and retired as a lab technologist. He obtained his diploma in analytical chemistry at the age of 50.

Mr. Clement was a trustee on the North Shore District School Board for nine years and the Espanola board of education for three years. Now in his third term as a trustee with RDSB, he has 23 years of experience in public education.

Trustee Clement has served on many committees, including policy and finance/strategic planning, negotiating/labour relations, and the special education advisory committee. He has also been RDSB’s representative at the Ontario Public School Boards’ Association (OPSBA).

A volunteer firefighter for 47 years, Mr. Clement was promoted to the position of fire chief in 1992. A lifelong learner, he believes that education opens doors and is the key to success.

“Education enables children and young adults to achieve their dreams,” said Mr. Clement. “My goal is to ensure that all students in Rainbow schools have opportunities to reach their full potential.”

“I look forward to working with trustees, staff, students, parents/guardians and partners as we continue to focus on well-being and achievement,” added Mr. Clement. 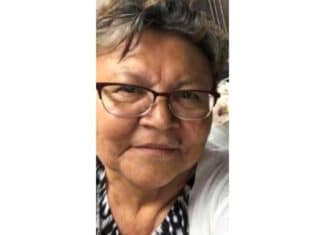