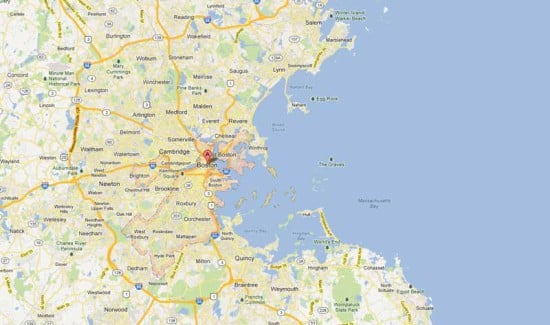 MANITOULIN—As far as sports columnist and Island sports runner knows, there were no Island participants in this year’s Boston marathon, the target Monday afternoon of a terrorist attack.

Mr. Leblanc told The Expositor it was unusual that no one from Manitoulin attended the famous event. “Usually there’s at least one runner from the Island there,” he confirmed early Tuesday morning.

Steve Fessenden of Little Current knows the thrill and exhilaration of crossing the finish line at the Boston Marathon, he and his wife Laurel Leconte have completed the race a number of times, but he can only guess at the feeling of horror when that moment of glory turns to terror in the wake of a terrorist attack.

“I am absolutely amazed that only two people were killed,” said Mr. Fessenden, who had seen media coverage of the location of the explosions close beside the finish line. “That is an area that is absolutely packed with friends and family gathering to congratulate the runners as they cross the finish line.”

Mr. Fessenden noted that the length of the Boston Marathon, which attracts more than 500,000 spectators during its annual run, is heavily crowded. “The whole scene is chaotic without the terror of an explosion,” he said. “It is normally difficult to get to people who are injured. The place where the bombs were planted were where the maximum number of people gather.”

Mr. Fessenden spent much of the time following news of the attacks frantically phoning friends and colleagues in the running community. “All of the people we know seem to be okay,” he said. “We have called everyone we can think of and they are all accounted for.”

There were close calls, however, one friend’s time was listed at four hours and nine minutes. “She was five minutes past the finish line when the bombs exploded,” said Mr. Fessendon.

Mr. Fessenden recalled the moments before he stepped across the finish line for the first time in his own personal triumph, a feat he accomplished no less than four times in Boston. “I remember seeing the finish line coming up and thinking ‘I am going to make it’ but that line just didn’t seem to be getting any closer,” he recalled.

The streets of Boston were on lockdown and a no-fly zone had been declared over the city at press time Monday, with three people declared dead, among them an eight-year-old boy. Runners were being redirected to a new staging area and a new location for friends and family to meet had been arranged and announced.

Both Mr. Fessenden and his wife have planned to return to the race, which is the second oldest running event in North America, but the pressures of a young family and their careers have precluded that happening this year. Mr. Fessenden competed in the Boston Marathon between 2007 and 2010. 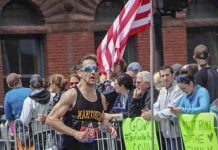