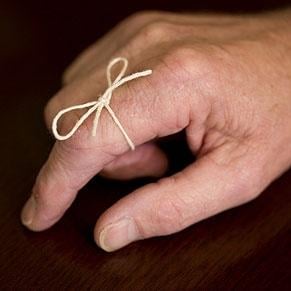 I suppose everyone has their day-to-day priorities or maybe it’s the way they prioritize the urgencies of the day, but the more I see how some priorities that are absolute necessities to the citizens and taxpayers of this province and this country are looked at—it is very distressful to think of what the future will bring for our children’s generations!

Reading Carol Mulligan’s article (‘MPP wants homecare reviewed’) in the July 12, 2012 edition of the Sudbury Star, it shows once again total frustration for those families of alternate level of care (ALC) patients (people who have to have long-term care (LTC) placement and who can never return to their homes) whose loved ones are shown constantly to the public as the reason for the huge mess at Health Sciences North.

And there, once again in the middle of all the controversy, is our North East Local Integrated Health Network (NELIHN) and its learned leader Louise Paquette touting its latest answer to the crisis, rather than putting all of their efforts into the creation of more public long-term care facilities in our area to house the ever-increasing number of ALC patients and the ones presently in hospital beds! What is the NELHIN throwing away taxpayers’ dollars on this time? Hang on to your wallets, people, because this trend in health care spending is a dandy! Ms. Paquette and her merry band of spenders have decided to bring in an outside party to do a peer review of Health Sciences North and have appointed Murray Martin, president and CEO of Hamilton Sciences, to lead the review of Sudbury’s hospital system and, of course, to answer the all-time question, ‘why are there so many ALC patients in hospital?’ The number of LTC patients is way more than the number of available LTC beds!

One of the most absurd comments from the NELHIN is that Mr. Martin and his team will not be reimbursed by the LHINs. So who will be paying their salaries, benefits, accommodations in Sudbury and their travel back and forth to Hamilton every week? Who do you think?

Nickle Belt NDP MPP France Gelinas (Health and LTC Critic), who has constituents in her office every week whose families are impacted by the LTC bed shortage, openly stated that she would have preferred a peer review of the Home Care System, “to shake things up a bit there.” She feels it would be more of a benefit than bringing in another CEO when the hospital already has a perfectly good one!

Meanwhile, back on the Island, this brings to mind the large number of years that the Board of Management of the Manitoulin Centennial Manor brought in Human Resources Companies like RAM and ACCLAIM, paying them hundreds of thousands of dollars to do jobs that the administrator should have been capable of doing!

Getting back to priorities, Julie Steenhuysen’s (of Reuters news service) article (Sudbury Star, July 12, 2012) regarding the newly-found timeline on Alzheimer’s pounded home an awe-inspiring statement that it has now been determined that in the United States alone, by 2050 10 million people will have Alzeimer’s and its related health care cost will soar to over 1 trillion dollars per year.

Again back on the Island, questions to the Manor board in regards to its financial situation ended abruptly with a rude Manor board member telling the Mayor Joe Chapman that “question period was over.” This week’s priorities for some municipal politicians were how much cash they were going to lose out of their coffers with the outcome of treaty negotiations between our local First Nations and Her Magesty Queen Elizabeth II and, of course, there was one councillor’s worry over the “looks and colour” of some taxpayer’s future garage! (That almost echoes of biosphere conservancy talk!)

A CBC TV news report on July 16, 2012 called Alzheimer’s disease a “looming epidemic” with numbers that are expected to double in Canada over the next 25 years and will be a huge cost to our health care system. Instead of worrying about the size, shape and colour of someone’s garage, maybe more effort should be put into where we are going to house all our Alzheimer’s patients.

A famous American football coach once said “failing to prepare is preparing to fail.”