KAGAWONG – The Main Street Hill reconstruction work project in Kagawong has started, and is actually a little ahead of schedule.

“As everyone is aware, things are happening and the contractor is gung-ho to get started. The project, which has now started, is a little ahead of the anticipated schedule,” said Todd Gordon, Billings’ economic development officer, at a council meeting last week.

“It’s nice to see things happening and that the project has started,” said Councillor Sharon Alkenbrack.

Denis Gratton Construction of Chelmsford has already been doing prep work. “This bodes well for our project timing; the sooner things get underway, the sooner, hopefully, the project will be completed,” said Mr. Gordon.

Mr. Gordon told the Recorder after the meeting, “the project work officially started on April 12, so the construction company is already well into it. Officially, the end date for the project is the end of September.”

The issues to be addressed in the project are drainage, traffic safety, safe pedestrian access between upper and lower Kagawong, and ease of maintenance. One of the biggest changes being proposed with the construction relates to drainage.

The project proposal calls for work to be carried out from the intersection with Highway 540 northerly, down the hill, through the village of Kagawong and terminating just past the Aus Hunt Marina, and includes a storm sewer system with outlets in two places to drain water away for safety and longevity, about halfway down the hill in a wooded area and past the Aus Hunt Marina by the Anglican church with an oil/grit separator in place to clean the water before it disperses, and a sidewalk system in place to allow for safe pedestrian access between upper and lower Kagawong.

Also on the east side of the road, where there is a parking area by the Kuku Hut, the proposal is to keep the existing spots in place but to also add on additional spaces. 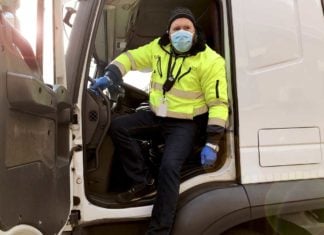 Expositor Staff - April 30, 2021
TORONTO - Small trucking and tourism businesses that are struggling to stay afloat in Northern Ontario are being weighed down by brutal insurance costs...