﻿LITTLE CURRENT—News that Espanola Health Centre was no longer accepting ultrasound referrals from Manitoulin was met with some concern by Island residents, but Manitoulin Health Centre (MHC) has been able to secure a temporary solution to the challenge.

“The Espanola hospital was assisting us as we had an ultrasound technician go on maternity leave and we had been unable to recruit a replacement,” said MHC CEO Paula Fields. Unfortunately, the Espanola department soon found itself overwhelmed by the demand, but good news has arrived in the nick of time.

“We have been able to hire locums,” said Ms. Fields. “Now we will be fine.”

Even better, the individual who will be coming in as a temporary fill-in previously worked for MHC.

Ms. Fields admits the added cost of locums presents a budgetary challenge, but those are challenges that are facing many industries and endemic across the health services and professions.

“People think it is just nurses, but the shortages are hitting at every level,” she said. In response to those pressures the hospital sector has been advocating to Ontario Health to put more dollars into the system, but that comes with its own challenges.

“It’s a slippery slope,” confides Ms. Fields. “You start to lose staff to the travelling companies where they can make more money.”

With stress and burnout of the pandemic taking its toll on those employed in the helping services, coupled with demographic stresses of the retiring Baby Boom bulge moving through the system exacerbating shortages of skilled professions, the situation does not appear to be going away too soon, although hopefully the current MHC staffing shortage will resolve relatively soon.

So, for the time being, ultrasounds are back in rotation. “For a while we were only taking on emergency or priority cases,” said Ms. Fields, but she assures that the situation, in regards to ultrasounds at least, “is getting back to normal.” 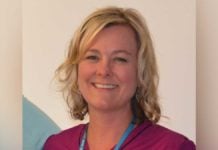 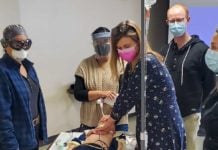 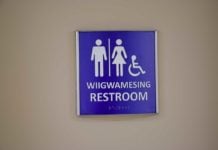