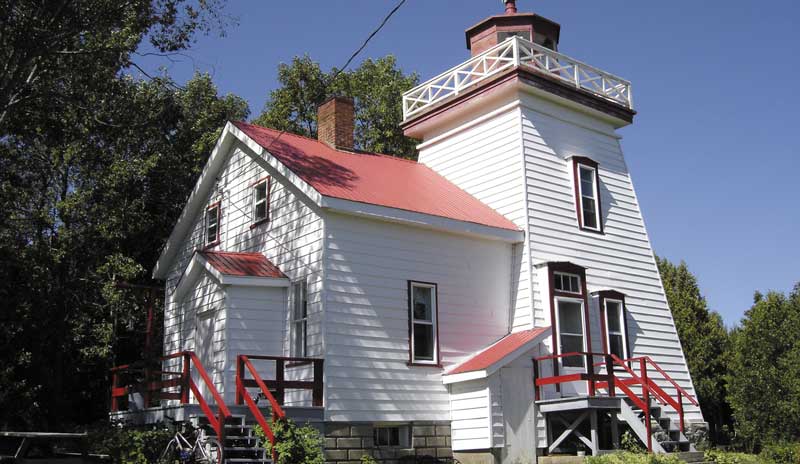 MANITOULIN—While lighthouses on Manitoulin Island were all nominated in 2010 for designation under the status of the Heritage Lighthouse Protection Act, so far none have received this designation.

“I asked DFO (Department of Fisheries and Oceans) specifically on the Kagawong lighthouse, because it seemed to have gone through the process with the municipality and DFO,” said Carol Hughes, MP for Algoma-Manitoulin-Kapuskasing, last Friday. “I asked if the current land claims on Manitoulin have affected the Kagawong lighthouse, because I understood everything was moving along, but I haven’t heard back from them (DFO).”

“The Heritage Designations and Programs Branch of the Indigenous Affairs and Cultural Heritage Directorate confirm that these “lighthouses appeared on a list of lighthouses that are surplus to the operational requirements of Fisheries and Oceans Canada (DFO), published by the Department when the Heritage Lighthouse Protection Act came into force on May 29, 2010.”

They also indicate that, “to date, DFO has not indicated to Parks Canada that commitments have been concluded for any of the above-named lighthouses in the Manitoulin region,” continued Ms. Hughes. “DFO may be able to provide information on the status of negotiations for some or all of the surplus lighthouses in the Manitoulin region that were nominated for designation under the Heritage Lighthouse Protection Act.”

“My office was also in contact with DFO and they advised that South Baymouth Front and South Baymouth Rear Range were painted this summer,” said Ms. Hughes. “There is work scheduled to be done on two lighthouses this fall: Janet Head and Mississagi Strait.”

Ms. Hughes noted,“DFO advises that the others are still  in the “due diligence stage.” DFO provided the following as to what ‘due diligence’ encompasses.” It includes Geomatics (title search, legal description), aboriginal Interest review, environmental review, market value assessment, priority circulation to other government departments, province, region/municipality, security risk assessment.”

“DFO would not specify where each of the individual lighthouses are in process, but they did add that the sites within the Manitoulin Islands are inside the area of an unsettled land claim and this presents a challenge to timely potential transfers,” added Ms. Hughes.