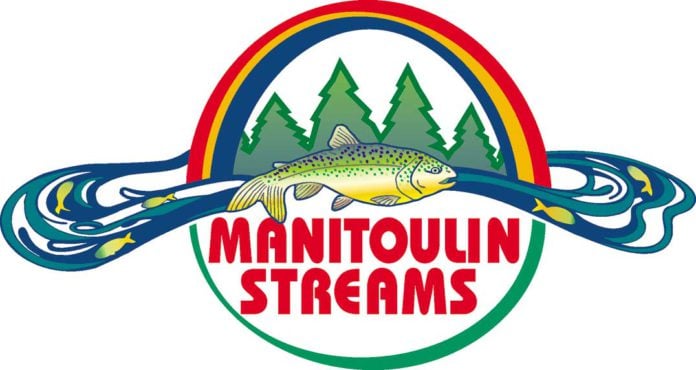 “Last year was the first year we held an Island-wide garbage cleanup, and it took off, there were a lot of people who participated,” said Liam Campbell, environmental technologist for Manitoulin Streams. “We felt if there is that type of interest, we want to keep it going.”

Competition includes categories like the weirdest garbage collected, garb-age-gap, garbage cleanup hero as well as a family draw and an overall draw. As well, there are new trophy categories for community, schools and business categories.

“In the weirdest garbage collected category, whatever people feel is weird garbage they find, we are asking that they post a picture and send it to Manitoulin Stream’s Facebook page with the hashtags #weirdest garbage, #manitoulinislandgarbagecleanup. There are three prizes, first to third are up for grabs,” said Mr. Campbell.

In the garb-age-gap category, “we want to get younger and older people involved,” said Mr. Campbell. Participants are being encouraged to, “grab your grandparents and take the babies for a collection stroll. The biggest difference in age between collection participants wins this one.” Again, post a photo of the participants collecting garbage to Manitoulin Streams Facebook stating the age difference with the hashtags #garb-age-gap, #manitoulinislandgarbagecleanup.

With the garbage cleanup hero category, participants need to post a photo to Manitoulin Stream’s Facebook page every day after you have finished collecting your garbage with the hashtags #garbagecleanuphero, #manitoulinislandgarbagecleanup. The most days collecting garbage wins the prize!

There is also a family draw category, with three prizes to be won (with wining team names drawn randomly). Participants will need to post a photo of your family group collecting garbage and send it to Manitoulin Stream’s Facebook page with our family team name and the hashtags #familycleanupdraw, #manitoulinislandgarbagecleanup.

“There is an overall draw category,” said Mr. Campbell. “Anyone who participants in the cleanup will be eligible. The more photos that you post the more chance you can win. Every time you post a photo to Manitoulin Stream’s Facebook page for the cleanup event add the hashtag #manitoulinislandgarbagecleanup and the name on the Facebook account associated with the post will be entered into the overall draw. The more participation (photos you send) means more chances to win. There are three prizes to win and individual names will be drawn randomly.

Prizes have been supplied by Breakaway Sports in Little Current and Ramakko’s Sports in Sudbury.

“There are three new categories this year that we are excited about,” said Mr. Campbell. “These include a school award (elementary or secondary school), community, and business awards. We are getting trophies made by Manitoulin Tree Service, tree cookies, and the idea is essentially to pit communities, businesses and schools against each other.”

For the school, business and community awards, post a photo to Manitoulin Stream’s Facebook page with the total number of bags your school or business has collected. State your school, or business, or community you are representing, and include the hashtags #schoolcleanupaward or #businesscleanupaward,  manitoulinislandgarbagecleanup.

All rules for the event are available on the Manitoulin Streams social media and Manitoulin Island garbage cleanup. 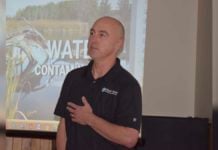 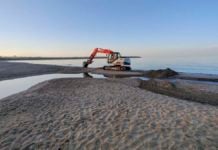