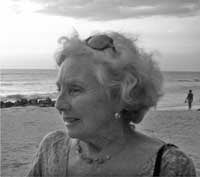 Born in NYC, Mary grew up in Manchester, UK with her parents Wilfred and Sarah, sister Pat and brothers Sydney and Stafford. As depicted in the popular BBC series “Call the Midwife” she trained as a nurse/midwife and worked in private practice before starting on her world tour, immigrating to Canada in 1956 where she worked as a stewardess for Trans-Canada Air Lines (now Air Canada) and met her husband-to-be, Gord. Although she halted her tour in Toronto, Mary instilled her love of travel in her children, Kelly, Sue and Matt, leading them on many adventures around the world over the years. Summers were spent at the family cottage on Lake Manitou where she was often seen zipping around in her red Mini or playing a round of golf. She will be deeply missed by her loving grandchildren Jack, Brianna, Jesse, Callum, Madeline and Isabelle, children-in-law Mark, John and Jennifer, nieces and nephews Sarah, Grace, Rebecca, Christopher, David, Nicole, Teresa and Alistair and sisters-in-law Rosemarie Merron, Justine Merron, Jean Farquharson and brother-in-law Peter Hayhurst. Mary’s ashes will be interred at Hilly Grove Cemetery at 2 pm on Tuesday, July 23, 2013 followed by tea and sweets at the Schoolhouse in Sandfield.