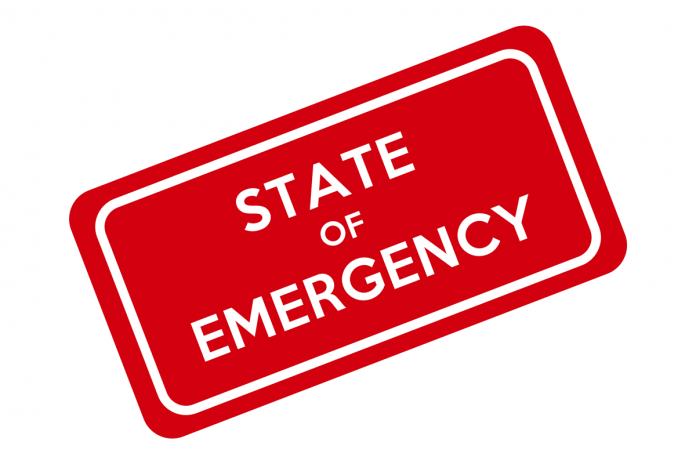 First Island municipality to do so

KAGAWONG – Billings Township is the first municipality on Manitoulin Island to declare a state of emergency in relation to the COVID-19 pandemic.

“As part of my role as mayor (of Billings) I have paid a lot of attention to the pandemic in the province, country and the world. There doesn’t seem to a lot of reason for optimism,” stated Billings mayor Ian Anderson at a council meeting Monday. “There are currently 11,184 cases of COVID-19 in Ontario while last week this number was 7,593, so the steep curve has not been flattened so far.” He pointed to the province of Quebec and the US as being places where the numbers are even higher.

“A lot of communities in the province have already declared a state of emergency, although I don’t believe any on Manitoulin have as yet,” said Mayor Anderson. He pointed out municipalities like Sudbury, Timmins and Elliot Lake have declared states of emergency.

“I’m looking for input and comments from council,” said Mayor Anderson. “The decision to declare a state of emergency is up to a reeve or mayor but it is important that we all have input.”

The Emergency Management and Civil Protection Act (EMCPA) S. 4(1) states, “the head of council of a municipality may declare that an emergency exists in the municipality or in any part thereof and may take such action and make such orders as he or she considers necessary and are not contrary to law to implement the emergency plan of the municipality and to protect property and the health, safety and welfare of the inhabitants of the emergency area.”

Both the federal and Ontario governments have declared a state of emergency, council was told. “There are a few benefits in doing this,” said Mayor Anderson. In speaking to the mayor of Elliot Lake, “he said it allows a municipality to immediately react to a situation, if needed, and allows things to be done quicker and allows for additional support from the province on bylaws and enforcement. And the OPP can and will assist.”

“We all know Manitoulin so far has been very fortunate in that we have only had two confirmed cases of persons with COVID-19, although there has not been a great deal of testing done locally or in the Sudbury district area,” said Mayor Anderson. He said that as of April 18, 2,294 tests have been carried out in the Greater Sudbury Area with 44 confirmed cases.

“One of the things I am most concerned about is that one in every six nursing homes in Canada is infected with COVID-19, and we have three large nursing homes on Manitoulin Island,” stated Mayor Anderson. “I believe everyone is aware of how deadly this virus is on elderly people, and it is imperative that we all do what we can on the Island to stop the spread of the virus.” He said Elliot Lake, after declaring, put a stipulation that residents are required to stay six feet apart. “We would have absolute control to make sure this is in effect, although for the most part people are making a sincere effort to do this.” He said signage is another concern. “One thing we have fallen short on Manitoulin is reinforcing with locals to stay on the Island” instead of travelling off-Island.

“And we are all aware of the number of non-local residents that came to the Island over the Easter weekend. Information supplied by the M’Chigeeng First Nation at a check point showed that 93 percent of over 300 who arrived (April 9) were going to cottages and camps,” he continued.

The messaging the Manitoulin Municipal Association has advertised is encouraging non-permanent residents of the Island to remain in their principal residents and not come to the Island during COVID-19. “But obviously we have not had great success at convincing people to stay at home,” said Mr. Anderson, who said he doesn’t see a downside in declaring a state of emergency.

He told council that information provided by township staff explains, “a declaration of emergency provides a municipality’s head of council the authority to take actions or make orders, which are not contrary to law, in order to protect the inhabitants in the area of the emergency. The township’s emergency plan would be enacted and decision-making authority with respect to the emergency would be transferred to the emergency control group as outlined in that plan. A declaration of emergency underscores the seriousness of the situation. Manitoulin is not immune to this global crisis and physical distancing, isolation and hygiene measures are just as important here as they are elsewhere. A declaration sends a strong, clear message to residents and neighbouring municipalities that the municipality is taking the current situation seriously and is taking every step that they can to protect residents from the threat. A declaration of emergency provides some additional rationale and potential reduction in liability for reducing municipal services if necessary. However, a declaration does not necessarily provide access to funding.”

“Virtually all the Manitoulin First Nations have declared a state of emergency in their First Nations,” said Mayor Anderson. “I think it’s really important to show solidarity and support that we are all in this together.”

“On the First Nations’ declaration of a state of emergency, I feel we need to support this and do this as a team,” said Councillor Sharon Alkenbrack. “We need to support each other.”
“I certainly support the township declaring a state of emergency,” said Councillor Bryan Barker. “Very disappointing fact that over the Easter weekend so many people travelled to the Island. I commend M’Chigeeng for their gathering of information and sharing this. It provides a good indication as to how many people have come to the Island.” He pointed out these statistics show that between April 9-14, “3,056 people went through the M’Chigeeng checkpoint (2,000 vehicles) and of these, 386 of the people came to Billings township. A lot of people still don’t understand how serious COVID-19 is.”

Councillor Barker said the Manitoulin Health Centre has pointed out even a small number of cases of COVID-19 would exceed its capacity. “A declaration would outline how serious a situation this is, and that we are doing what we can to protect our residents and neighbours. And it also shows solidarity to our First Nations that this is very important.”

Councillors Sharon Jackson and Michael Hunt were also in favour of the mayor declaring a state of emergency.

Mayor Anderson said, “without question, Manitoulin Island has always been an open and welcoming place to visit and live. I get it and council does. So many people enjoy the abundance of our nature, environment, hunting, fishing, clear water and air. We totally get it. During a pandemic we all have to be involved—visitors, friends federal/provincial governments, First Nations and municipalities. We have to take the really good advice of our medical professionals and do what we have to flatten the curve on COVID-19. Folks have to get the message to stay home and save lives.”

On Wednesday, at an emergency measures committee meeting in Billings, Mayor Anderson officially declared a state of emergency in Billings Township. 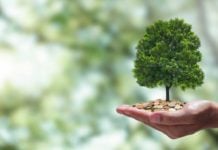