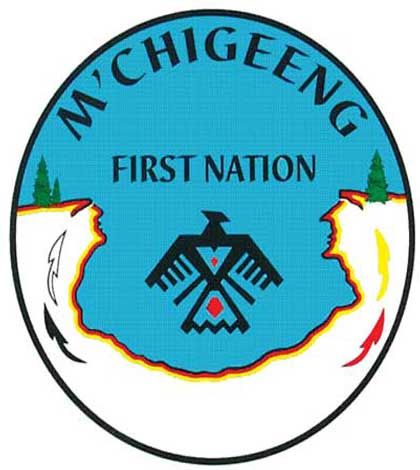 M’CHIGEENG—The Government of Canada has announced that 28 more First Nations, including the M’Chigeeng First Nation, will begin unlocking the economic potential of First Nation land by getting out from under the land-related sections of the Indian Act to assume greater control over their reserve land and resources. The announcement was made September 19 by the Honourable Bernard Valcourt, minister of Aboriginal Affairs and Northern Development, along with Chief Robert Louie, chair of the First Nations Land Advisory Board (LAB), and Chief Austin Bear, chair of the First Nations Land Management Resource Centre Inc.

“The full meaning is to be determined, but the benefits that will come with this new management regime is that our First Nation will be able to look after our own land,” stated Joseph Hare, chief of the M’Chigeeng First Nation, on Tuesday.

“Up until now, when we have wanted to use lands for a given purpose, such as windmills on the bluff, we had to go to the feds to have an environmental assessment carried out,” said Chief Hare.

“Under the new management agreement we will not have to go through the same bureaucracy we do now,” said Chief Hare. “It will mean that we will be able to look at how all land is used, for instance, if companies set up in M’Chicheeng are not respecting mother earth, producing and making products that we don’t know about, we will now be able to make decisions on what should be and are appropriate to the use of our lands.”

Chief Robert Louie responded to the announcement by stating that, “Minister Valcourt has reiterated to me on several occasions that Canada is committed to adding more signatories to the Framework Agreement on First Nation Land Management. Canada has once again delivered on its promise.”

Chief Louie referenced some noteworthy statistics as further proof of Canada’s commitment. “In 1996 there were only 14 signatories to the Framework Agreement. With this announcement by the minister, there will be a total of 110 signatories, an astounding representation of the success of the FNLM. One of the unique factors is the timing. Within only a two year period, First Nations can opt out of the land related provisions of the Indian Act and resume jurisdiction over their reserve lands and natural resources.”

The FNLM regime enables First Nations to manage their own land, resources and environment according to their own land codes, laws and policies. The new regime also helps First Nations get out from under 34 land-related limitations of the Indian Act in order to take control of their land and resources.