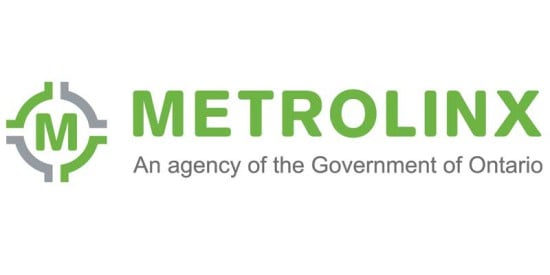 KAGAWONG—A Billings Township councillor is still looking for clarification on whether the proposed Metrolinx revenue tools announced earlier this week for the Greater Toronto and Hamilton area will see other parts of the province, including the North, sharing in the costs of this proposal.

“From everything I’ve read the Metrolinx taxation plan will cost every family in Ontario an average of $477 annually if you have one car, and $900 approximately if you own two cars, to fund Metrolinx,” explained Tom Imrie, in an interview with the Recorder. “With this the rest of the province (not including Greater Toronto and Hamilton area) will get a portion of the generated revenue from the plan, about $3 billion, with $1.3 billion going toward Metrolinx and $1.7 billion going to the rest of the province for bridges and roads.”

“The bottom line in my opinion is the proposal leaves those of us in the North and other parts of the province having to help pay for the Metrolinx proposal, when we won’t see or benefit from it,” said Mr. Imrie. “And if this is the case, what is the NDP doing about this?”

Mr. Imrie, in an email to Michael Mantha, MPP for Algoma-Manitoulin, wrote, “I am a resident of Kagawong on Manitoulin Island and municipal councillor for Billings Township. I have a question regarding the proposed Metrolinx ‘revenue tools’ widely reported in this morning’s media.”

“It is suggested that one percent be added to the HST and five percent be added to provincial gas tax to pay for the GTA’s transit system,” Mr. Imrie writes in his email. “Nowhere in the media reports does it stipulate that the recommended tax increases will apply only to GTA residents. I, and many of my constituents, are concerned that we, residents of Manitoulin and other areas of the province, will be forced to pay for a transit system we will never use and don’t particularly care about.”

Mr. Imrie further explains in his letter, “our only means of travelling to and from work is to drive. We already pay more for a litre of fuel than the transit-rich GTA residents who have multiple transportation choices. The media suggest that we are going to be forced to pay for a transportation system we will never see or use, just so someone who already has three or four transportation options can have another choice.”

“I am asking you and your party to seek clarification on this matter,” wrote Mr. Imrie. “Will the residents of Northern Ontario, who are already struggling under the effects of high fuel prices and high materials costs, and who have few or no public transportation options, be forced by the Liberals to pay for Metrolinx through increased HST and gas taxes? If we are being asked to pay, what will you and the NDP do to prevent yet another Liberal government attack on residents of the North?

“I just wonder why they wouldn’t be going to a user pay system for this proposal?” asked Mr. Imrie. “It seems to me that the politicians of this province have spent us into debt, through Ornge, E-Health, gas plants, and other things and are now looking for more money for Metrolinx. How is going to be beneficial to us in the North and other parts of the province…it won’t.”