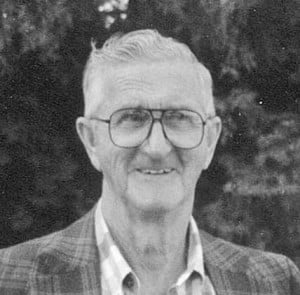 Mike passed away peacefully at Lavenham, Sulfolk England, his home for the past few years. Born in Morrinsvile, New Zealand to parents Alfred and Katherine (Walls). At a young age, his family moved to Sommerset, England where he met his beloved wife Thetice (Faulkner) Burnford. Then eventually moving to Canada and Manitoulin Island where he was a proud member of the farming community, including past president of Manitoulin Livestock Co-op, the Manitoulin Cattleman’s Association and Manitoulin Soil and Crop. Dear husband of Thetice (Faulkner) deceased. Loving father of Richard (Celine) of Orleans, Carrie (Al) of Mansfield, Philip (Andrea) of Kagawong, Elizabeth (David) of Toronto, Jennifer of Peterborough. Will be missed by grandchildren David, Nicholas, Devon, Alana, Jamie and step-grandchildren, Christine and Melanie (Al). Cherished step-great-grandfather of Bailey, Robert, John and Elizabeth. Remembered by brothers John (Jean), Christopher (Gillian), Philip (Corrine), and sister Pauline (Hugh Baker, deceased), brothers-in-law Fred (Hazel) Faulkner and Robert (deceased) all of England, sister-in-law, Mary (Donald Sutherland deceased) of Australia, plus numerous nieces and nephews. Funerl services to be held at Lavenham, Sulfolk, England on December 12, 2012. A celebration of his life and interment of his ashes to be held in Kagawong in the spring of 2013.