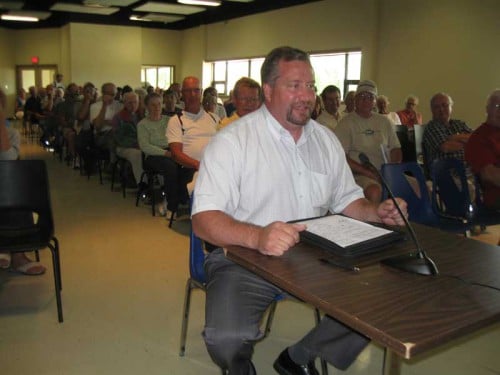 ONTARIO—Groups such as the Manitoulin Area Stewardship Council water levels committee and the Georgian Bay Association have received some more support from the Michigan based Save our Shoreline group (SOS), concerning the need for the International Joint Commission (IJC) to take action to restore water levels to their norm.

“The good news is that the Michigan-based group Save our Shoreline is supporting the raising of water levels in Lakes Michigan and Huron,” said Mary Muter, chair of the Great Lakes section of the Sierra Club Ontario, last week. “This is huge and just shows the consensus is growing among groups and individuals that this type of action needs to be taken.”

Ernie Krygier, SOS President, in a letter to Lana Pollack, US chair, and Joseph Comuzzi, Canadian chair of the IJC, dated August 17, (on the International Upper Great Lakes Study (IUGLS) Restoration Analysis) states, “we write to urge the IJC to further study the restoration of water levels on Lakes Michigan-Huron, and move toward prompt implementation through constructing a regulation structure.”

“Save our Shoreline is a grassroots organization of about 3,000 families whose mission includes “the protection of riparian rights,” which includes the right of access to the water. Mr. Krygier explained, “the bulk of our members own shoreline property and reside on the shores of Lakes Michigan-Huron, and more specifically on the Saginaw Bay or Grand Traverse Bay. While the opinions of people from other geographic regions may be affected by the effects of Global Isostatic Adjustment, we note that the Grand Traverse Bay and Saginaw Bay are among the areas least effected by that phenomenon. Thus, we believe we are in a unique position to offer input on the issue of water levels from a less biased perspective.”

“We applaud the IJC for responding to public concern and expanding the scope of the IUGLS to include possible restoration options as set forth in Chapter Seven of the study,” wrote Mr. Krygier. “As you know, our attorney and former vice president, David Powers, served the study for five years, including the position of PIAG US co-chair and study board member. He has kept us informed on study issues, and our board recently met with him to discuss the study’s restoration analysis. As a result, we believe we are well informed about the study, and the relevant issues.”

Mr. Krygier continued, “while we respect the view of the study board that remedial measures (in the St. Clair River) not be undertaken at this time, our view is that the IJC should begin further study and, ultimately, implementation of a regulation structure which restores and regulates water levels in Lakes Michigan-Huron. As noted in Chapter 7 of the study report, a series of activities since 1855 by man has permanently reduced water levels in Lakes Michigan-Huron by nearly 20 inches. A graph of these changes clearly shows a consistent trend toward lower water levels. Had structures been erected in the river in the 1930s as then proposed, the beaches and wetlands of Lakes Michigan-Huron might look markedly different than they do today. In areas like the St. Clair flats and Saginaw Bay, for example, a small change in water levels can make a dramatic difference.”

“Moreover, while we acknowledge the study board’s conclusion that conveyance changes are not ongoing, the fact remains that due to unplanned erosion in the St. Clair River, as disclosed by the 2005 Baird report for the GBA Foundation, an increased conveyance capacity that has grown since the 1962 dredging remains unmitigated.”

“We understand from your study that even if we started now, it might take decades to complete construction of a regulatory structure, and thereafter increase lake levels,” continued Mr. Krygier. “Given the history of consistent water level reductions since 1855, the unmitigated and unplanned increase in conveyance in the St. Clair River since 1962, and the uncertainties presented by climate change, we believe it would be irresponsible not to begin the process toward a regulatory structure now.”

SOS “recognize that the effect on coastal property owners was an important part of the study board’s decision-making process. We understand further that there will be winners and losers from regulation and some level of restoration. Specifically, we are cognizant of the concerns of those in West Michigan who will be affected by higher water levels. We are also aware that people have adapted to lower water levels by building homes or structures without adequate regard for the historical variation in lake levels,” said the SOS letter.

“We acknowledge the projected increase in shoreline projection costs due to restoration of $500,000 to $3 million annually. Yet, if we let these concerns rule our actions, the logical result will be a continuing reduction of water levels that will have no end. Indeed, this is what we have experienced since 1855. Action is required to stem the tide of water loss in Lakes Michigan-Huron.”

Mr. Krygier noted, “we do not relish the thought of further interfering with the natural order of Great Lakes water flows, or the idea of increasing government control of these flows. Our recommendation is necessitated by the decisions and actions of those who came long before us.”

“Another issue which has not received adequate consideration is the impact of water-level manipulation on riparian ownership,” said Mr. Krygier. “To our knowledge, in most Great Lakes states, boundaries between private and public rights are determined in some form by the level of the water. Whether those rights are determined by the “waters edge,” an “ordinary high water mark,” or some other boundary, such as determination for a given property is determined by water levels. In the case of public rights established based on concepts of “ordinary high water mark,” a consistent lowering of average water levels over time can have negative effects on the myriad legal rights of shoreline owners.” 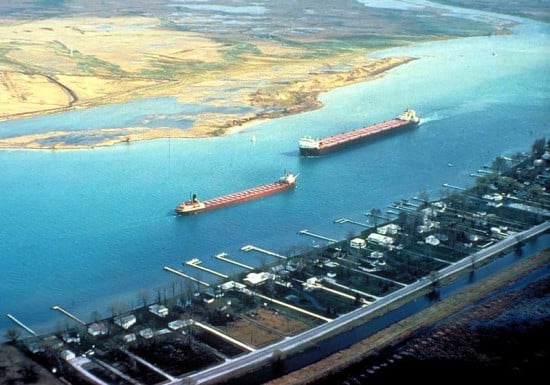