MANITOULIN – Members of the Manitoulin Municipal Association (MMA) are requesting consideration and support from Island municipalities and First Nations on two messages, one reinforcing the federal/provincial governments message for everyone to restrict travel and stay at their principal residence; and secondly, to look at not permitting smelt fishing on shoreline road allowances and public property this year.

“In terms of how we all live, we are all regulated to some extent. If it is cold out, you wear clothes that protect you from the cold. And with COVID-19 we all have to do what we can to make sure everyone is protected,” stated Andrew Aguonie, chief of the Sheguiandah First Nation at an MMA meeting last week. “I support not having a smelt season this year, and following the government’s messages to restrict travel and for people to stay home. We have to do what we can to protect ourselves on the Island.”

Ken Noland, chair of the MMA, read off the draft message (which has since been turned into two messages) for consideration, noting that it would be a joint message from the MMA, municipalities, First Nations, Manitoulin Health Centre (MHC) and Public Health Sudbury and Districts (PHSD). “This notice is to reinforce the federal and provincial message to restrict travel and stay at your principal residence. Hospital capacities are built around residential numbers. Manitoulin hospitals do not have the capacity to handle the influx of non-residents. Please stay at your permanent residence to avoid the spread of COVID-19. This message remains in effect for the duration of the provincial state of emergency. The message continued, “smelt fishing on shoreline road allowances and public property will not be permitted this year (leaving the name for municipalities and First Nations). It will be strongly enforced by OPP, MNRF and municipal bylaw officers.”

“Some changes that were suggested and put in the message was to request people stay in their principal residence, suggested by Dr. (Maurianne) Reade, and Dr. Penny Sutcliffe (PHSD Medical Officer of Health),” said Mr. Noland. Richard (Stephens, mayor of Central Manitoulin) and Ian Anderson (mayor of the Township of Billings) suggested a timeline put on this for the duration of the provincial state of emergency.”’

“MHC were all pleased to know you as a group want to put out this joint statement as community leaders and with the PHSD and MHC,” Dr. Maurianne Reade told the meeting.

As for the smelt season, Mr. Anderson said that in Kagawong, “virtually all smelt fishing occurs near the marina area (at Kagawong River) on the road allowance by the bridge. In Billings, we have posted that people cannot smelt fish in this area, and that people can be charged and fined (for trespassing). Charges could be laid by the MNRF or OPP patrolling the area and by the township bylaw enforcement officer.”

Mr. Noland said, “it is our hope that all municipalities and First Nations stop public gatherings for the smelt fishing season.”

Northeast Town Mayor Al MacNevin asked if the MMA had reach out to the United Chiefs and Councils of Mnidoo Mnising.

While the UCCMM had been contacted requesting their attendance at the meeting, no one was from the UCCMM itself was in attendance. “I wonder if Andrew (Aguonie) could take the messages back to the UCCMM for their consideration as well,” said Mr. Noland. It was noted that M’Chigeeng First Nation Chief Linda Debassige had been contacted and wrote back noting she is in favour of the action being proposed by the MMA but would only be speaking on behalf of her community, not the UCCMM.

“I have to tell you the (smelt) run has already started (in Algoma Mills),” said Algoma-Manitoulin MPP Mike Mantha. “I have put out a statement asking people to think before they go out and respect the decision of First Nations and municipalities and health officials who are trying to protect members of their community.

It was noted by Dr. Reade that across Ontario, restrictions are in place so gatherings can not be over five people. “So if there was a gathering of a large number of people smelt fishing it would be going against provincial guidelines.”

Both MMA messages were sent out to all Island municipalities, the UCCMM, Wiikwemkoong Unceded Territory, MHC and PHSD for their endorsement immediately after last week’s meeting. Upon approval, this notice will be circulated in local papers, radio stations and possibly the Sudbury Star, the meeting was told. 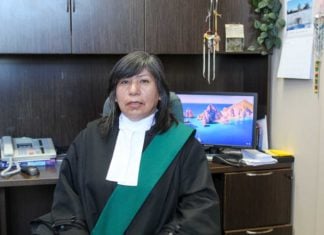