﻿GORDON—Anyone visiting the Gore Bay-Manitoulin Airport last Monday would have seen vestiges of a Dash-8 airplane just off the runway and a tractor trailer unit about 50 yards away with debris, luggage and injured people strewn about. They can’t be blamed for misinterpreting the scene of the mock emergency disaster for the real thing.

The ‘disaster’ was that the aircraft had hit a tractor trailer mower as the plane tried to land on the runway. First responders and an ambulance were on hand for the drill, as were several local fire departments as well as paramedics, doctors, nurses and other medical personnel from Northern Ontario School of Medicine and Manitoulin Health Centre (MHC), airport staff, employees from Manitoulin Transport, Ontario Provincial Police (OPP) officers and amateur radio operators.

What was perhaps more impressive than the scene itself was how all the agencies involved worked together to care for the ‘injured’ persons and to deal with the fire and numerous other surprises that arose as the scenarios played out. These included discovering there was a bomb; finding the plane on fire; and one woman was desperately searching for her baby amidst one report that a six-month-old baby had been seen crawling and a separate report of another woman walking around carrying a baby.

At a debriefing after the event, airport manager Robby Colwell called the event a great success.

“In a small community, in any emergency, this is what you will get,” said Trent Gervais, CEO for Loomex Group, which had provided the demonstration aircraft, all the debris as well as the plane jet crash simulator. “It’s obvious from this exercise that everyone is well prepared to handle an emergency,” Mr. Gervais said. “There were some lessons but nothing major.”

One paramedic pointed out that although there were problems communicating with the mock emergency coordinator, “If this was a real emergency, we would have communication for triage.”

The baby was a symbol, said Mr. Gervais. “In these situations, it is imperative to find everything at the scene.”

There could be many different scenarios, he said. In this one, the Dash-8 was an aircraft that carried executives from Manitoulin Transport. Pilot Wade Cook pointed out, “We didn’t get any information on the conditions of the passengers or where they were going to be taken.”

“These are your people. They need to know where their families ended up,” said Mr. Colwell. “Is there a mechanism in place for that, like the OPP?”

The OPP “would have had a media spokesperson on hand who would have provided whatever information we could,” replied OPP Constable Mike Patterson.

A doctor pointed out that information should only be provided to the victim’s next of kin. “Our concern is that in a small community, everyone knows when something happens and they will be on us for information,” said Mr. Cook.

One volunteer, who participated as a victim, said she felt safe as she was being reassured by a paramedic who held her hand during the exercise. “As a (real life) health care provider, this was nice to see happening. We don’t realize how difficult and scattered disaster events like this can be. It was really fabulous to see everyone doing their job so well.”

“We were very happy to be invited to participate to test our capabilities and combined with being with the other agencies, this was a great learning environment for our staff for an event like this that hopefully, no one will ever have to deal with,” said Mr. Dewar.

“It was a really impressive opportunity to have so many professionals from across the Island get together and learn and work together,” said Dr. Reade. “From the MHC perspective, it was helpful to us.”

Mr. Dewar added “we were very happy to be invited to participate in this to test our capabilities, and combined with being with the other agencies it was a great learning environment for our staff for an event like this that hopefully, no one will ever have to deal with.”

This year’s exercise included an impressive number of agencies and personnel participating. The 33 firefighters included four from Burpee and Mills, 12 from Gore Bay and Gordon, nine from Billings, eight from Central Manitoulin, and observers from the NEMI and Killarney fire departments. A total of 15 health professionals were on hand from MHC and NOSM, 13 paramedics with Manitoulin-Espanola DSB paramedic services, two members of the Manitoulin detachment of the OPP, six employees from Manitoulin Transport, Mr. Colwell and two additional airport staff, and two members of the Manitoulin Amateur Radio Club.

“That’s why we help to put these exercises on,” said Mr. Gervais. “It’s a great way to identify training, personnel and equipment needs. Everybody worked really well together and had the same mission in mind: to put the patients and pilot’s care first.” 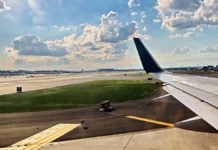 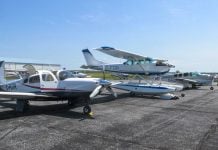