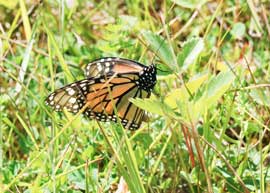 It is sad, but not surprising, that the monarch butterfly is on the decline. The decline in the monarch population now marks a statistical long-term trend and can no longer be seen as a combination of yearly or seasonal events. Last winter there was a 59 percent decline in Mexico in the number of monarch butterflies that arrived at their wintering grounds. Rather than their numbers covering approximately 14 acres, their numbers occupied only slightly less than three acres. There are now only one-fifteenth as many monarch butterflies as there were in 1997.

Research shows that the monarchs have been in decline for the past decade for many reasons. In the US and Canada, it is noted that extreme climate variation, farming practices involving corn and soybeans that eliminate milkweed from the growing fields and the increase in the growth of strangling dog vine, a milkweed cousin, on which the butterflies lay their eggs, but the larvae do not survive have contributed to the decline. I have always kept a patch of milkweed in my yard in Sheg and have noted in the past three years that there have been no larvae or chrysalis on my plants. I was somewhat uplifted this year to note that the milkweed was being consumed only to see that it was the larvae of the milkweed tussock moth—a bit disappointing.

Omar Vidal, the World Wildlife Fund director in Mexico, said: “The conservation of the monarch butterfly is a shared responsibility between Mexico, the United States and Canada. By protecting the reserves and having practically eliminated large-scale illegal logging, Mexico has done its part. It is now necessary for the United States and Canada to do their part and protect the butterflies’ habitat in their territories.” It is thought that both planting milkweed and trying to control the Dog Strangling Vine population would help to provide the environment the butterflies require to successfully breed in North America. ‘Can we do it and will we do it’ is my question. 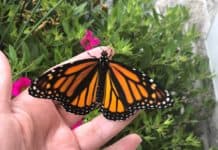 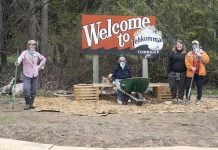 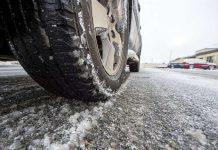