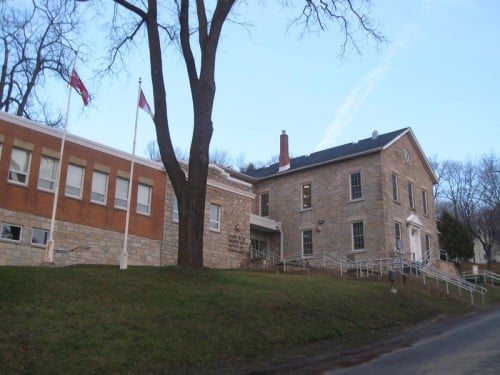 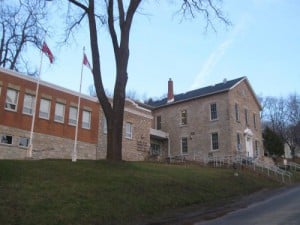 GORE BAY—Staff of the Gore Bay courthouse are once again working from different premises as more mould has been discovered.

When a leak was discovered in a public washroom on the main floor of the courthouse during the weekend of March 31, mould was also revealed during the subsequent repair work. According to Brendan Crawley, a media spokesperson with the Ministry of the Attorney General, the leak also affected the Crown Attorney’s administration area, which is adjacent to the washroom.

“The ministry took immediate action when the leak occurred and the mould was identified,” Mr. Crawley told The Expositor in an email. “While the renovations to these areas continue, Crown Attorney operations have been temporarily relocated to accommodate their space requirements. Operations continue as usual in the remaining unaffected areas of the courthouse. Some Ontario Court of Justice matters are being relocated to an alternate location, but all other matters continue at the courthouse.”

“Well, we know that we’re not having court there,” Little Current lawyer Joe Chapman, who is often in the courthouse in his capacity as federal Crown Attorney, told The Expositor. “It’s a total mess.”

The Crown’s office has been moved temporarily to the Gore Bay Curling Club with other areas of the court operating from the Gore Bay town office.

Mr. Chapman explained that he’s heard the Crown’s office will not be back at the courthouse until at least September. The Ontario Provincial Police have moved out of the building as well, he added.

Court has been held between the curling club and the town office over the last two weeks, Mr. Chapman noted. As for when court will resume in its newly renovated courtroom. “We have no idea—details on that are completely absent,” he said.

“It’s unfortunate, the way it’s gone,” he continued. “The renovations have also been a complete disaster. It’s made the situation worse, not better.”

On April 30, a Request For Proposals was issued for flood repair and complete retrofit of the washroom, Mr. Crawley added, noting that the washroom will be completely gutted and fully renovated.

In December of last year, operations at the Gore Bay courthouse were shut down with the discovery of mould, asbestos and bat guano during the renovation of the second floor courtroom and some employees began to complain of rashes and fatigue. The courthouse reopened on Thursday, January 5 after air quality tests were conducted the day before and the air deemed safe.