The board of directors of the Manitoulin Centennial Manor has been wrestling with a series of difficult challenges over the course of the past decade and, for the large part, the members of the board and staff at the Manor have attempted to address these challenges largely in the shadows. The time for quiet stoicism has passed.

The residents of the Manor are among the most vulnerable members of our community and the desire to spare Manor residents from worry and anxiety about the place where they have chosen to live out their final years is both understandable and laudable. But this quiet approach used up to the present has come at the price of keeping the community complacent about the dangers facing the institution––and the financial situation is fast approaching crisis.

Changes to the way long-term care is funded by the province place considerable challenges on the Manor’s financial situation. The province sets rates for care based on the economies of scale available to a 128-bed facility while the Manor’s capacity is barely 60 beds. The math in this case is not on the side of the angels, however well meaning those angels may be.

For years the common wisdom has been held out that the province would not dare to allow the Manor to slide into receivership and closure—but the winds of change in the economy and politics have shifted considerably in recent years.

Consider that provincial allocation statistics indicate that the Manitoulin District has more long term nursing beds than its population warrants. Consider that the larger municipality neighbouring our district is faced with a shortage of available long-term care beds.

Consider that the drive of economies dictates that locating health care facilities in central locations is more economic and efficient from a health care model perspective. Consider that the provincial government is facing an unprecedented debt load and a burgeoning bill for health care that will continue to grow for several years to come.

What might have been unthinkably daring a few short months ago now seems much less of a risk to a minority Ontario government that may be facing the electorate at any turn. The recently announced fate of the Ontario Northland Transportation Commission is a case that could well illustrate that point.

The provincial government forced the Manor into hiring a management company and that led to increased costs. The common wisdom has been that those considerable costs would be forgiven, but those costs remain a liability on the books and no one in the Ministry of Health and Long Term Care seems willing to officially recognize any such commitment to forgive.

The provincial government added a huge load of reporting and accountability measures onto long term care facilities, adding greatly to the strain on resources and helping to create an employment atmosphere that has seen a large increase in lost time due to sickness and stress. Those staffing shortfalls have required expensive alternatives which have added to the burden.

Now the province is seeking to claw back funding from previous budget years. Unless the province relents on those payments, the brick wall is estimated to arrive at the front of the train sometime around this September.

There have been attempts to deal with this issue. The Northeast Town funded a study on adopting a continuum of care model for the facility which would leverage assisted living and subsidized senior units to help lower the cost of providing services to a sustainable level. Some members of the board shied away from this solution, seeking to delay or even derail the process, but offering nothing but the untenable status quo as an alternative. They clung to the common wisdom.

In fairness, the Manor has taken some steps to attempt to address the many financial issues facing it. Layoff notices have gone out, and staff responsibilities have been creatively shifted and realigned. The recent Manor staff appreciation dinner was long overdue, but does signal that a welcome sea change in staff relations is underway.

There is no time for assigning blame in the current difficulties facing the Manor. This is time for everyone to step up to the plate, to seek out and propose innovative and workable solutions to the issues at hand and to take action.

If that is too big mountain for some to climb, then it is time to get out of the way of those willing to take on the summit. Inaction is no longer an option. 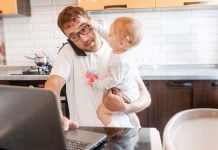 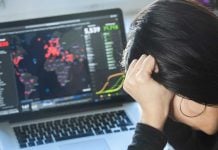