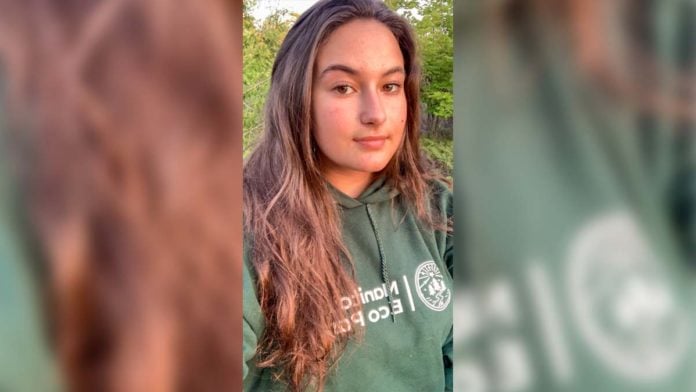 MANITOULIN—Manitoulin Secondary School (MSS) Grade 11 student Jocelyn Kuntsi will be the first student in recent times from Manitoulin Island who has been elected by her fellow student peers as the Rainbow District Student Senate representative on the Rainbow District School Board (RDSB). Michael Niven of Providence Bay held the same post several years ago.

“Candidates have to make a speech after having been nominated,” said Ms. Kuntsi. “I won the election in a secret ballot,” she said.

“So now I will be the Rainbow District student senate trustee for the Rainbow Board for 2022-2023, and for the Ontario Students Trustee Association, with our first conference to take place in two weeks.”

“I love student senate,” stated Ms. Kuntsi, who is finishing her first term on the senate. “I am really proud to represent a different voice. Usually the student senate representative on the school board is from a Sudbury school. There seems to have been a little bit of a disconnect between schools in our aera and the school board at times in the past. Having a new voice that is not from Sudbury is good. Our student senate was pretty busy this year with many different initiatives, such as environmental issues. She said the student committee representatives from Manitoulin, Sudbury and Espanola held a menstrual product drive throughout the North this year, to help women in need.

“I have had students come in and talk to me about racism or discrimination issues,” said Ms. Kuntsi. “I will be able to use my voice as student board representative to bring these issues forward.”