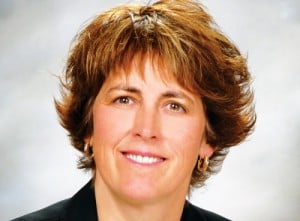 Recently, our government modernized the General Preferential Tariff (GPT) program. This is a foreign aid program designed in the 1970s to help the poorest countries in the world.

But the program hasn’t been properly reviewed in decades and is out-of-date. How so? Canada is giving special breaks, through special lower tariffs, to foreign companies in countries like China, South Korea, India, and Brazil. These are companies that are competing with Canadian businesses and their workers for global business.

In fact, nearly 80 percent of these special breaks are going to China—even though China now has an economy over four times larger than our economy (China’s economy is valued at $7,318 billion compared to Canada’s $1,736 billion). Without our changes, Chinese companies will continue receiving special breaks when competing with Canada.

Canadian manufacturers and their workers are being punished.

Even worse, it is a disincentive for these growing economies to enter into free trade agreements with Canada, agreements that would level the playing field and help to create more jobs for Canadians.

Without these necessary changes, China and others will continue to get a one way trade deal, special breaks for them and nothing in return to help Canada’s economy.

This makes no sense and has to change.

Both Mulcair and Hughes, who always vote against our government’s tax relief for Canadians and Canadian businesses, amazingly are demanding we continue with these one-way trade deals that offer special breaks for China and other countries competing with Canada.

The NDP should show a little concern for Canada’s economy, our manufacturers, and our workers, and stop worrying about companies and job creation in China and beyond.

They should support our government’s plan to end these special breaks and move toward more reciprocal trade agreements, meaning lower tariffs for consumers and more opportunities for Canadian business and goods (and the jobs they support) to grow around the world.

Shelly Glover
Parliamentary Secretary to the
Minister of Finance
Ottawa