QUEEN’S PARK – NDP MPP Michael Mantha introduced a motion on Thursday calling on the Ford government to stop delaying and take immediate action against the growing cases of Lyme disease in Ontario.

“Ontario has the highest number of cases of Lyme disease in the country, and the number is growing,” said Mr. Mantha, MPP for Algoma-Manitoulin. “People are worried about contracting Lyme disease. And too many are already suffering with the debilitating disease.”

“This government has an action plan in its hands today to tackle Lyme disease. Doug Ford needs to take action on that plan now to stop the spread of the disease and help Ontarians with this health crisis.”

Mr. Mantha was joined at a Queen’s Park press conference by Monique Hachey who shared her experience of her struggle with Lyme disease in Ontario. “I support Mike’s motion 110 percent because most people that suffer from Lyme disease don’t necessarily have the same financial and family support that I did,” said Ms. Hachey. “Needing to travel to other countries and spending hundreds of thousands of dollars to get the treatment you need isn’t fair. People are suffering here in Ontario and the government isn’t doing anything about it.”

Mr. Mantha’s NDP motion asks the province to take action on the 10 recommendations in the report of the Lyme Disease and Tick-Borne Illnesses Task Force. Mr. Mantha was a member of the non-partisan task force that included patients, medical doctors, researchers, Ministry of Health officials, healthcare professionals and advocates.

The report complemented the work of Public Health Ontario and Health Quality Ontario in the management of tick bites and informed the Ministry of Health’s Lyme disease policy and programming. The report was accepted by the previous Liberal government, but the recommendations were not implemented. The report has also been  supported by many organizations across the province and the country.

“Chronic Lyme disease has the potential to affect every system in the body and can result in paralysis,” Mr. Mantha said. “The Ford government can take action now to stop the spread of Lyme disease and to treat Ontarians suffering from it today.”

“The risk of Lyme disease is potentially at crisis levels in Ontario. This government can, and must, take action now to protect the people of Northwestern Ontario and protect families across this province,” said Mr. Mantha.

The 10 recommendations from the Lyme disease and tick-borne illnesses task force are as follows:

1. Establish centres of excellence for tick-borne illnesses with all stakeholders including patients and patient advocates, caregivers involved in the development processes;

2. Conduct a review of current clinical practice guidelines focused on the assessment, treatment and prevention of Lyme disease and other tick-borne illnesses;

3. Improve communications to regulated health professionals regarding standards of practice for diagnosing and treating Lyme disease and other tick-borne illnesses;

4. Provide professional education opportunities for regulated health professionals and establish a co-ordinated care model for patients with Lyme disease and other tick-borne illnesses at all stages of these diseases;

5. Improve education and awareness of tick-borne illnesses among the general public;

7. Establish a community-based research blueprint for tick-borne illnesses with principles of inquiry and an implementation process;

9. Conduct a review of current tick surveillance activities in Ontario; and

10. Establish a task force with tick-borne illness expertise and engagement with all stakeholders to provide ongoing advice and to review an annual report on progress of implementing Ontario’s 10-Step Education and Awareness Plan and the recommended actions from this report. 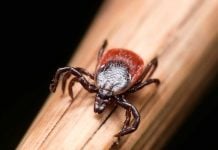 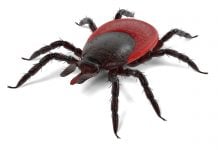