The NEMI Taxpayers’ Association would like to applaud the efforts of the McGregor Bay Association in speaking up about taxation in NEMI. That is what associations such as ours are about—speaking up for our members and taxpayers and that is why we spoke about the retirees in Wards 2, 3 and 4 at the August 7 public meeting. This was a decision made by our board unanimously at their June meeting. The CAO presented at the public meeting the exact figures for municipal taxation based on $100,000 worth of assessment per wards. It was interesting to see this since it was the first time in the 7.5 years we have voluntarily attended municipal meetings and budget deliberations for our members that we can remember having seen the exact figures. It clearly showed that Ward 1 taxpayers pay about $500 per $100,000 worth of assessment less than property owners in wards 2, 3 and 4. On an assessed property value of $300,000 which is a realistic figure for properties on the water including in Wards 3 and 4, the cost of municipal taxes are approximately $1,500 more for Wards 2, 3 and 4 and keeps growing each year. We agree that Ward 1 brings in $683,312 in taxes yearly to NEMI and we all appreciate their contribution to keeping our municipality viable and healthy. We also appreciate the contributions of Ward 2 taxpayers whose taxes amount to $1,217,556 and their many volunteers who keep our organizations and clubs working to better our lives. We also appreciate the contributions of Wards 3 and 4 taxpayers whose taxes amount to $1,831,256 in 2013 and provide countless volunteer hours to community halls, organizations and clubs both in their wards and also in Ward 2. What we are saying is that all of the taxpayers play an important role in keeping our municipality healthy and viable for the future but this must be at an affordable price for all.

The province changed the taxation picture in Ontario when it empowered MPAC (Municipal Property Assessment Corporation) to do the property values assessments for municipalities. According to a municipal adviser at the Ministry of Municipal Affairs on August 23, MPAC has a formula for assessing values based on waterfront availability plus services plus roads. Simply put, if there is no road access, the value is less. If there are limited services, the value is less. If the property is not on waterfront, it is less. Ward 1 taxpayers have no road access to the islands and limited services other than the Ministry of Natural Resources Fire Protection Package purchased for them and Wards 3 and 4 this year through the municipal budget. So that benefits them when their assessment is determined. The municipality then determines what they need to run the municipality and divides it up between their taxpayers. It is our council that decides how the taxes are distributed to the wards, not MPAC. So when Ward 3 and 4 taxpayers hear that they pay for 66 2/3 percent of the 1.4 million dollar roads item in the budget, Ward 2 pays for 33 1/3 percent, and Ward 1 pays 0 percent, understandably taxpayers are upset.

Ward 4, the old Howland Township, readily amalgamated with Little Current. They saw the value in working on a united front. They made no deals with council and continue to pay their share regardless as to how they feel about the taxation. One councilor stated after the August 7 meeting that amalgamation has not worked. Well then it is up to our council to ensure that it does work. According to Municipal Affairs and Housing, there is no process for de-amalgamation. That means that taxpayers must work through their municipal councilors for equality of rights. Speak to every councilor about your taxes; it is your right to do so. Councillors have indicated to us that they want to hear from you, the taxpayer. The Think Tank approach to solving this problem which was suggested by the NEMI Taxpayers’ Association in February was turned down by council. This would have been a proactive opportunity for a committee (with stakeholders from all wards) to brainstorm ideas and suggestions about the taxation dilemmas we face in NEMI. Council rejected this idea without explanation. The NEMI Taxpayers’ Association is once again calling on council to reconsider striking a municipal committee and give business people and regular taxpayers who want to solve this problem, an opportunity to make suggestions. Our hats are off to the Ward 1 property owner who stood up at the August 7 meeting and stated that surely there must be a solution to this problem. We agree with her. It’s up to council to work to find it. 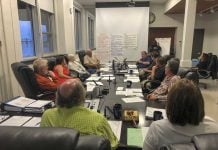 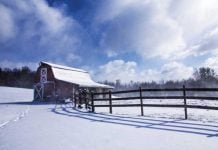 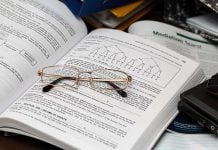