LITTLE CURRENT – Manitoulin Centennial Manor’s new HVAC system will be a significant boon to the residents and staff, but paying for it was a major topic of discussion around the Manor’s board table during the April 18 meeting.

Extendicare representative Keith Clement expressed concern over the five-year payment cycle that had been offered by the contractor Honeywell. “The interest costs in the Honeywell agreement will involve a significant amount of interest,” he said, “somewhere in the $30,000 to $40,000 range.”

With a roughly $8,000 investment in replacing a compressor, the individual units in each residence room can run for the next year, noted Mr. Clement. “There is not a significant amount of risk in holding off,” he suggested. By 2020 the Manor would likely have the funds to pay off the system.

“The interest they are charging comes to about $6,000 a year,” noted Manor Board Chair Pat MacDonald. “It sounds bad when you say it at once, but it isn’t that significant over the life of the term.”

“But will the costs go up in five years?” questioned Chair MacDonald. “They will be charging $6,000 a year in interest, but they will be doing the job up front.”

The administrator noted that the compressor in the basement, a critical part of the current system, has been reported as being “on its last legs.”

The interest portion of the Honeywell payment would be relatively modest at three percent, it was calculated.

Mr. Clement agreed that the amount of interest was not unreasonable given the cost of the system and the term. “I initially thought that $6,000 was a lot,” he said.

The funding would initially come out of the Manor’s contingency fund. “It wouldn’t use it all, there would be $40,000 left in the fund,” noted Chair MacDonald.

“We could do that, take that out and pay for it now,” agreed Mr. Clement.

The motion to go ahead with the new HVAC system and to pay for it on the offered five-year term was made by board member Aurel Rivet and passed unanimously by the board. 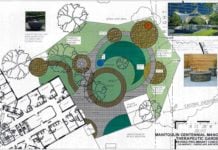