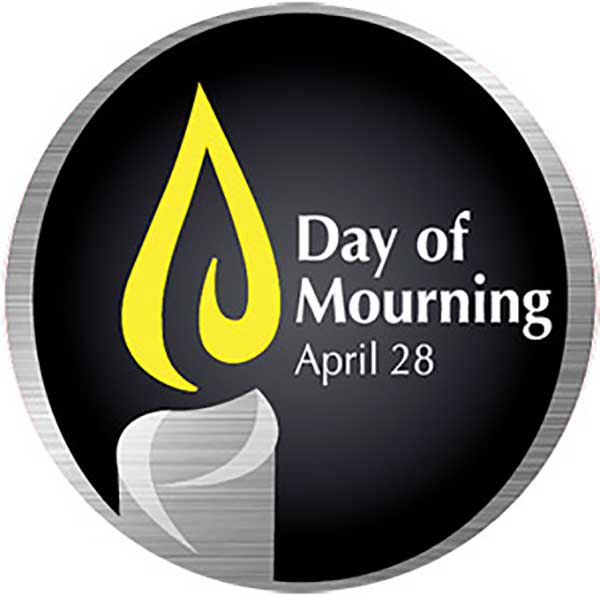 OTTAWA-MANITOULIN—While National Day of Mourning ceremonies took place across Canada, including a ceremony hosted by the Manitoulin North Shore Injured Workers Group in Aundeck Omni Kaning last Thursday, Carol Hughes and the federal NDP party are looking for more safety inspectors in the North to help curtail injuries and deaths in the workplace.

“On this issue the main message we are putting forward is that there are too many employees-workers in this country that have lost their lives, or have been injured,” stated Ms. Hughes, MP for Algoma-Manitoulin-Kapuskasing. “The decline in the last 10 years in (the number of) provincial inspectors to visit work places is quite problematic.”

Ms. Hughes explained, “in the North there are currently only two safety inspectors, and given the fact that the geographical area from one community to another can be a long distance, we need more inspectors to cover all the work places.”

Last Thursday marked the National Day of Mourning, to honour those killed or injured in the workplace.

Timmins-James Bay MP Charlie Angus confirmed in a release that  there are only two federal inspectors for the entire North, which he said is absolutely unacceptable. He explained the inspectors are in place for a reason; to make sure citizens are safe, and workers come home at the end of the day.

When you cut health and safety inspectors, Mr. Angus says you’re putting people at risk. He said in the release it’s the same thing as when food and rail inspectors were cut.

The NDP is sending an open letter to the House of Commons asking for this problem to be fixed.  Multiple representatives have signed their name, including Ms. Hughes and Algoma-Manitoulin MPP Michael Mantha.

In the letter to MaryAnn Mihychuk, federal minister of Employment, Workforce Development and Labour dated April 21, the NDP wrote, “we are a week away from the National Day of Mourning, a day that as a country we recognize those who are killed or injured in the workplace and the importance of safety in the workplace. Meanwhile, the number of federal health and safety specialists has been cut across Canada from 151 in 2005 to just 67 individuals as of April 2015. We are concerned over the reduced number of federal Health and Safety Specialists in Canada, specifically the reduction of the number of officers for all of Northern Ontario to just two officers.”

“We believe it is irresponsible to reduce the number of specialists in Northern Ontario to just two,” reads the NDP letter. “Two federal health and safety specialists for all of Northern Ontario is not enough to cover the immense amount of territory and large number of workplaces. It raises serious questions about the government’s commitment to keep workplaces in the region safe.”

“For example, the Steelworkers Local 2020 have been waiting more than a year for a health and safety specialist to visit their workplace,” the NDP letter notes. “The local’s attempts to strike a joint health and safety committee with their employer were rebuked and the need for a federal specialist to visit the site was identified. Unfortunately, the specialist in that part of the region was injured and told the local that she would be off work for some time and unable to perform an inspection. That was in March 2015 and there has been no followup from this individual or your department.”

The NDP letter continues, “it is clearly a problem when it takes more than a year for an inspection. Given the experience of USW 2020, it is reasonable to state these issues exist in workplaces across the region. Additionally, the financial costs associated with unsafe workplaces affect our health care system, workplace compensation schemes and even productivity.”

“It would be a fitting tribute to those we honour every April 28 if you were to ensure that the number of federal health and safety specialists will increase to the point that we can assure timely inspections and the safety of every work place in our region and in our country,” says the NDP letter. “We all agree that the safety of our country, our communities, and our workers must be a top priority for all of us. We demand that you immediately address this situation and ensure that all regions of Canada are provided with enough specialists to perform this critical work in a timely manner, which is clearly not the case in Northern Ontario.” The letter was signed by Ms. Hughes, Mr. Angus, Mr. Mantha, MPP for Algoma-Manitoulin, John Vanthof, MPP for Timiskaming-Cochrane, France Gelinas, MPP for Nickel Belt and Gilles Bisson, MPP for Timmins-James Bay.

“We must do everything we can to make all work places safe,” said Ms. Hughes. “If they only see an inspector once every blue moon, in the end it costs everyone.”