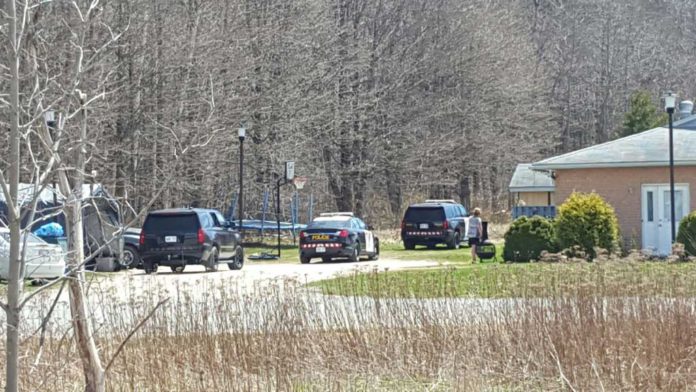 MINDEMOYA–On Tuesday, May 3, members of the Manitoulin Detachment of the Ontario Provincial Police (OPP) responded to a report of found human remains in a wooded area in Mindemoya.

An OPP investigation, with the assistance of forensic anthropologists from the Ministry of Community Safety and Correctional Services (MCSCS), is underway with the anthropologist confirming that the remains are human.

Community Services Office Constable Steve Hart told The Expositor that the OPP will now conduct a search to see if the rest of the remains are nearby as only a skull was discovered.

“Right now we don’t have an age, sex or race—the forensic anthropologist will look into that, as well as how long it has been there,” Constable Hart stated.

“This is very early on in the investigation, but foul play is not being considered at this point,” he added.

Constable Hart noted that the police are not aware of any traditional burial grounds in the wooded lot located off of Thorne and Forest Streets where the skull was located Monday evening.

“There is no concern for public safety at this time,” a press release from the OPP states. “The OPP will continue to carry out a thorough and professional investigation into this discovery and further information will be provided only as it becomes available.”