TORONTO—Feed Ontario, the charity formerly known as the Ontario Association of Food Banks, was constantly being asked about food insecurity in their ridings by MPPs and other government officials, but that information was not readily available until now, thanks to a collaboration between two students in their final year at Fleming College in the Geographic Information Systems program and Feed Ontario, a new study and interactive “food map” are available to define the issue.

“In Ontario, someone visits a food bank every 10 seconds,” said Amanda King, interim executive director at Feed Ontario. “While food banks are doing their best to assist those in need in their communities, this is a growing problem and one that needs to be addressed by long-term solutions to poverty.”

The issue is both pervasive and extreme. In the study period between January 1 and December 31, 2018, 507,977 people accessed food banks throughout the province for a total of 3,033,970 times through the year. That represents a jump of three percent over 2017.

“We had the information on the number of individuals accessing food banks, but MPPs wanted to know about the situation in their own ridings,” explained Ms. King. “We represent 130 food banks directly and are affiliated with 1,100, including one on Manitoulin Island.”

The solution to filling the information gap comes in the form of both a recent study and an interactive online map which elected officials, or anyone else who has an interest in the information, can access online.

“Food banks exist in every single riding in the province,” said Ms. King. “This isn’t just an urban issue or restricted to one area of the province.”

Now, when MPPs or other elected officials want to see the extent of the issue of food insecurity among their constituents, the answers lie just a few mouse clicks away.

“This issue crosses all regions of the province and across all party lines,” said Ms. King. “Hopefully this will be able to assist government to implement changes. We are hoping it will be a tool for MPPs and policy makers to have a better understanding of this challenge. It is a problem in every single riding. It really should be top of mind.”

Hunger is a hidden but pervasive problem in Ontario and that invisibility makes hunger and food insecurity far too easy to ignore or under estimate.

“The findings include information on food bank use, mean and median income and housing,” said Ms. King. “The intention of the project is to help inform visitors to the website that hunger and poverty touch every corner of the province.”

Some of the things to keep in mind when using the food map are that food bank catchment areas do not align with electoral riding boundaries, so as a result, many food banks serve multiple electoral ridings and many electoral ridings may be served by multiple food banks—so the numbers listed for each riding should not necessarily be attributed to the service of any one particular food bank. Another is that the study only includes food bank use data from Feed Ontario member food banks. “This map only represents the individuals that provided their residential postal code when they visited a Feed Ontario member food bank,” noted Ms. King. “Food bank use is 12-14 percent higher than what is represented on the map.”

According to the food map, there were 3,119 individuals who visited a food bank in Algoma-Manitoulin in the past year, 2,038 of whom were adults and 1,081 were children. The total number of visits to the food bank during the period covered were 10,616. 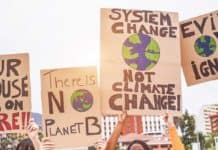