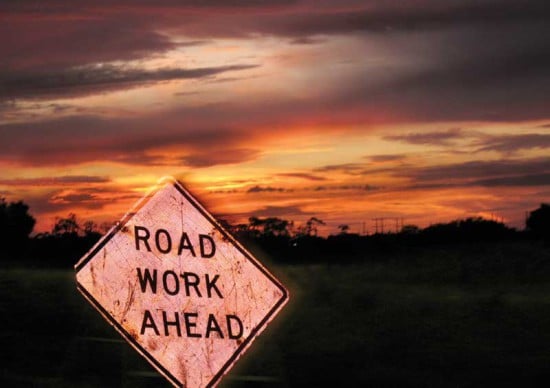 KAGAWONG—A Billings Township councillor says municipalities are not only responsible for maintaining roads, but they need to be weather monitors as well due to new regulations put in place by the province.

“It’s scary, not only maintaining roads, especially when weather conditions are bad, but now we have to predict these conditions ahead of time,” stated Brian Parker, a Billings Township councillor on provincial legislation which has put more of the onus on municipalities concerning road maintenance standards (to be more prepared and taken pre-emptive action when storm conditions threaten).

“This will have a direct effect on the Island because we are already contracted right to the teeth and receive complaints on highways and roads. Now we have to have a monitoring system in place, and if we don’t maintain the monitoring properly and something happens due to the weather conditions and someone is hurt, it all comes back on the municipality.”

“This is an edict that has come down from the province,” said Mr. Parker. His concerns were raised after reading an article in the March 27 edition of the Aylmer Express.

The Aylmer Express article headlines reads “Municipalities now must be weather monitors,” and it explains that new Ontario road maintenance standards will put more responsibility on municipalities to be prepared and take pre-emptive action when icy conditions threaten.

Physical Services Director Rob Johnson was quoted as telling Malahide councillors that municipalities, in addition to watching for weather conditions, now have to log how and when they were doing so to avoid potential legal liability.

Mr. Johnson was quoted as saying the new standards are the result of a lawsuit that found a municipality was negligent in a car crash, as it was determined the municipality hadn’t done enough to monitor and prevent ice from forming on its roads.

In the past, municipal public works crews have reacted after snow started to fall. Now they have to be ready to take steps before any storm where the possibility of ice forming is over 51 percent, Mr. Johnson was quoted as saying. He pointed out it was fortunate that Malahide had already initiated an anti-icing program in which a brine solution was sprayed onto roads when winter weather threatened.

“In the south some municipalities have liquid salt trucks (brine), but we only have salt trucks, so right off the bat we are on the hook as a municipality,” Mr. Parker told the Recorder.

In the past only the busiest municipal roads have had to be carefully monitored for ice, now all roads will have to be checked. As well, weather monitoring would need to be extended into the shoulder seasons, before and after winter, which could in turn also mean more costs to municipalities.

Michelle Casavecchia, CAO/clerk of Malahide, told the Recorder in an interview on Monday, “the new regulations were passed by the province at the end of January. It’s provincial legislation approved to do minimum maintenance standards, applicable to all municipalities. It was officially enacted on January 25, 2013, under the provincial Municipal Act.”

‘From October 1, April 30, winter minimum requirements mean municipal public works crews not only have to respond to weather events, but anticipate and be proactive a minimum of three times a day, over a 24 hour period,” said Ms. Casavecchia.

“This could prove significant in operations depending on the protocols a municipality may have,” said Ms. Casavecchia. “And even from May 1-September 30, municipalities will still be required to monitor weather and anticipate issues for any potential significant storms of any kind.”

Ms. Casavecchia further explained, “some municipalities’ public works department work 24 hours, seven days a week, and for the larger municipalities this change will not be significant. But for smaller municipalities, there will likely be more impact felt. We will all have to put additional provisions and resources in place to meet these new regulations. Our obligations are greater if something does happen, and we have to prove we have done everything to prove our defence in case of a liability case. It certainly could negatively impact a lot of municipalities.”