SUDBURY–The Northern Ontario School of Medicine (NOSM) has incorporated suicide awareness training into NOSM’s MD curriculum in an effort to respond to the high rates of suicide in the region.

First-year students at NOSM now undergo safeTALK training, a three-hour program created by LivingWorks that trains participants to identify persons with thoughts of suicide and to connect them with suicide first aid resources. NOSM is also developing and piloting other tools designed to help medical students deal with suicide in their future practice as physicians.

“The Northern Ontario School of Medicine was the first medical school in Canada established with an explicit mandate to improve the health of the people and communities that it serves,” explains Dr. David Marsh, Interim Associate Dean, Undergraduate Medical Education. “Integrating safeTALK training into our MD curriculum supports students and future health professionals of Northern Ontario in responding to the increased prevalence of suicide and self-inflicted injuries in the North.”

Community support workers, including youth, are currently receiving and facilitating safeTALK workshops in approximately half of Nishnawbe Aski Nation’s 49 member communities, which is strengthening the resiliency of NAN First Nations members.

“SafeTALK training is a vital resource to help identify and prevent potential suicide in NAN First Nations, the majority of which are remote and lack adequate professional heath care resources, and goes hand-in-hand with ASIST training to provide direct aid to individuals who may have thoughts of self-harm,” said NAN Deputy Grand Chief Alvin Fiddler, who holds the health portfolio. “We need to change mindsets from coping with suicide to advancing life promotion through programming and training in order to build resilient, healthy communities.”

“As a medical school committed to improving the health of Northern Ontarians, we need to play our part in reducing the shockingly high number of deaths that occur from suicide in our region,” says Dr. Brian Ross, NOSM Professor and Phase 1 Coordinator.

“People hear about an issue such as suicide and think, ‘this is bigger than me.’ But, there are tangible changes that we can all make – including talking about suicide – that go a long way in reducing stigma and breaking myths,” says Scott Chisholm, founder of the Collateral Damage Project. “NOSM’s incorporation of safeTALK into their curriculum demonstrates their leadership and commitment to a healthier Northern Ontario. I am so excited about the partnership between NOSM and Collateral Damage, and the potential we have for inciting positive change in Northern Ontario.” 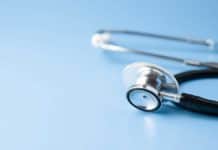 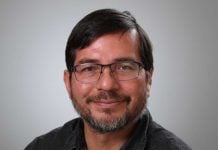 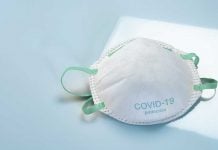 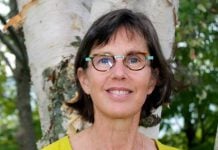