MANITOULIN—Not only did the number of deer harvested during this past week’s annual deer gun hunt on Manitoulin Island decrease significantly, the number of hunting violation charges laid by the Ministry of Natural Resources (MNR) also went down dramatically.

“The hunt was a little slower this year as there were not as many hunters and the number of charges are down,” said MNR Conservation Officer (CO) Jeff Horula on Monday. While the 2010 hunt saw about 50 charges laid by the MNR, “this year we laid 33 charges, making 467 hunter contacts.”

The bulk of the charges laid by the six COs stationed on Manitoulin for this year’s hunt were for “mistaken sets of animals with button bucks tagged with (antlerless deer tags),” said Mr. Horula. “There were also a lot of safety related charges, with hunter,s for instance, having loaded firearms in their vehicles and loaded firearms at night.”

There was only one report of a hunter missing (eventually found) and there were no injuries reported during this year’s hunt, said Mr. Horula. “The great news about this year’s hunt is that people are getting the message to not be drinking in drinking alcohol in public places or having open alcohol in their vehicles. We had zero liquor licence act charges during the hunt, which is a good change.”

However, “we did investigate six cases of deer having been shot and left to spoil,” continued Mr. Horula. “This is a huge concern,” he said, which is caused, “mostly by hunters misidentifying their target and walking away or never bothering to follow up and look for a deer they have shot at. This is a real concern for us, fortunately we were able to recover five of the deer in time and donated them to organizations like the UCCMM (United Chiefs and Councils of M’Nidoo M’Nising) to provide to elders, and some of the meat was provided to other needy families in the area.”

“There were definitely not as many hunters around this year, and the ones we talked to only saw some deer, or in the case of several camps they saw nothing during the week,” stated Mr. Horula.

As for the physical condition of the deer herd, “the animals are in good shape, they are really healthy,” continued Mr. Horula. “There are lots of bucks around.”

However, Mr. Horula said from what the COs saw and heard from hunters, there are not as many deer around. “Generally the consensus we found everywhere is that the number of deer is down. Some camps said they did not see anything or even any signs of deer being around. It would be interesting to know the actual cause.”

“I know some camps last year passed on 30 deer to get a larger deer, a buck, but this year we heard of many cases where they would see a deer on the first morning of the hunt and nothing after that,” said Mr. Horula.

The weather conditions were also favourable to the annual hunt, said Mr. Horula. “It was cool enough that the deer would move around into different areas, but there were not as many around as there used to be.” 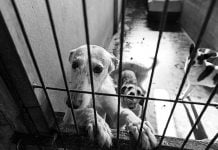 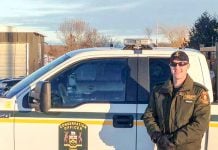 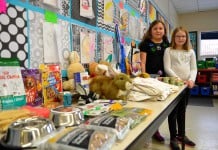