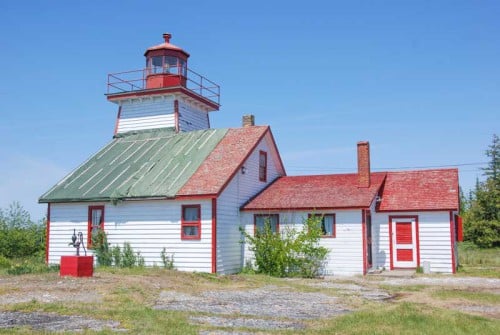 MELDRUM BAY—The silence has been deafening from the Federal Department of Oceans and Fisheries this past year regarding repairs of the venerable Mississaugi Lighthouse, an icon of the West End of Manitoulin Island since it was first built in 1873 to protect waterborne travellers braving the Missisaugi Straits, according to one of the co-chairs of the Island committee seeking to preserve Manitoulin lighthouses.

“We have not heard anything,” said Manitoulin Lighthouse committee co-chair Rick Nelson of the results of efforts to secure funding from Oceans and Fisheries to help protect the historic landmark. “They put a tarp up on the roof last year when we told them that the roof was leaking pretty badly, but from what I understand, that tarp is in pretty bad shape itself now. I thought they would have moved quicker.”

Mr. Nelson said that he had contacted Andrew Anderson, manager at the Long-Term Capital Management Branch  of the Department of Fisheries and Oceans, last spring about the issues with the lighthouse.

“The tarp they put up is all tattered and torn now,” said Dale Van Every, director and past president of the Dawson’s Citizen Committee. Mr. Van Every said that the committee had estimated it would cost something in the neighbourhood of $80,000 to put the roof and other issues to rights—a figure far beyond the reach of the limited resources of the committee. “It would put us right under if we tried to fix it,” said Mr. Van Every. In any event, the property does not belong to the group. “We have managed to keep the marina up and the campground is doing very nicely thanks to the fishery being back up, especially the salmon. We simply do not have the resources.”

Mr. Van Every said the roof of the lighthouse would likely need some of the boards replaced at this point. “The cost of doing things out here is a lot more because of the distance a contractor would have to travel to do the work,” he said. “It’s certainly not going to be cheap.”

The campground property and lighthouse was saved once before by the intervention of the Manitoulin Tourism Association (MTA). The MTA leased the property from Oceans and Fisheries and has pumped some $145,000 into the property and its buildings over the past decade-and-a-half obtained through various federal grant programs. “But the MTA doesn’t have the resources to do the repairs either,” said Mr. Van Every. “The MTA has done a very good job, but this will need more than they can put in.”

Mr. Van Every said that he was very pleased by the work being done by the Manitoulin Lighthouse committee and its co-chairs. “Bill (Caesar) and Rick (Nelson) have been very helpful,” said Mr. Van Every. “But the last time I had talked to them they had not heard back from Oceans and Fisheries either.”

Rosaleen O’Mahony, regional communications manager at Fisheries and Oceans Canada, Central and Arctic Region, noted that since it is the regional offices that coordinate repairs and maintenance, Mr. Anderson would unlikely be the person to have the information needed. “Unfortunately, the person who does have the answer is currently on vacation,” said Ms. O’Mahony. She said that she would try to have the information on the status of the Missisaugi lighthouse by press time, but there was insufficient lead-time to be certain.

Mr. Anderson had indicated by teleconference in a previous lighthouse meeting (held this spring in Parry Sound) that his department has a budget of approximately $1 million for repairs and maintenance for all properties held by the federal government. While most of that amount was likely to be allocated to lighthouses this year, there are no funds specifically allocated to lighthouse maintenance or to the Heritage Lighthouse Protection Act, under which the divestiture of surplus lighthouses are supposed to be guided.

Spread across the entire country, and the literally thousands of surplus properties held by the federal government, $1 million dollars doesn’t go very far. “It clearly isn’t enough,” said Mr. Nelson. “But the act was not a government bill, so apparently they can’t allocate money for it even if they wanted to.” Mr. Nelson said that he has had little indication that the government actually wants to. “It’s a shame, really, they are letting these historic landmarks rot away,” he said. “They are literally allowing our history here on the Great Lakes, and across the country, to rot away.”

The Manitoulin Lighthouse committee, along with similar community-based organizations across the country, is working to find ways to save the popular, but expensive, historic landmarks.

“But time is running out for a lot of these structures if something doesn’t happen soon,” said Mr. Nelson. “It’s frustrating.” 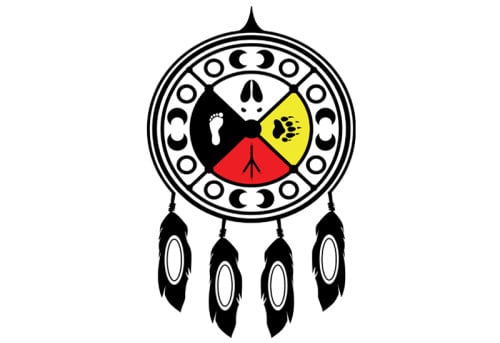