After a year of negotiations, the Ontario Medical Association (OMA) and the Ministry of Health and Long-Term Care have failed to reach an agreement regarding fees for physician services.

The OMA will potentially be forced to accept unilaterally imposed cuts from the government. For patients, this means longer wait times, difficulty finding a family doctor if they don’t have one, and a challenge for an aging and growing population to get their care they need.

Right here on Manitoulin, there have been three physician positions that have remained unfilled for over a year. While doctors and nurses have been working harder than ever to fill that gap, the need for more doctors in the community is critical. The hospital and health care teams are working with the communities to increase efforts to recruit physicians, but these cuts also mean it will be harder to recruit new doctors. With some of our physicians reaching retirement age and more attractive work in southern Ontario, there is a strong possibility that our current physician crisis will only get worse.

The OMA offered the government a freeze on physician fees for two years, as long as they took into account the extra care needed for patient demands in the province. But that simply wasn’t good enough for Queen’s Park, and our community suffers as a result. It’s time for the government respect doctors and our patients. 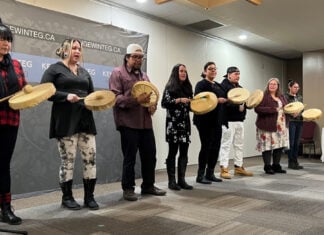 Expositor Staff - February 8, 2023
LITTLE CURRENT—Kenjgewin Teg staff, students and their families gathered at the Manitoulin Hotel and Conference centre on Thursday, February 2, for the 2022 Student... 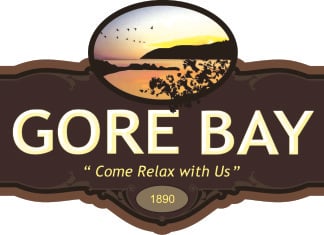