LITTLE CURRENT—Those who may have seen Ontario Provincial Police officers along the docks in Little Current two weeks ago may be surprised to learn police were investigating a lead into a Manitoulin encounter with Dellen Millard, one of the accused in the first degree murder of Tim Bosma.

Mr. Millard 27 was charged with the murder of Mr. Bosma after the Ancaster man first went missing after he had taken two men, who said they were interested in buying his truck (after responding to a Kijiji ad) on a test drive. The charred remains of Mr. Bosma’s body were later discovered on Mr. Millard’s property in the Waterloo region.

It was following the May 11 reports of Mr. Millard’s arrest that blanketed the airwaves that Chris Blodgett, proprietor of Discovery Yacht Charters in Little Current, sat up and took notice.

“I don’t watch much TV,” Mr. Blodgett admitted, noting that he was on his laptop before heading to bed one night two weeks ago when he caught the CTV national news that flashed images of Mr. Millard and learned the latest in the case of Tim Bosma. “It was instantaneous recognition.”

“His name never left my memory,” Mr. Blodgett added, “especially considering the strange circumstances of his charter.” Alarm bells went off, and he immediately called police.

In 2011, Mr. Millard had chartered a sailboat from Discovery Yacht Charters for a 10-day cruise of the North Channel, Mr. Blodgett explained, noting that he does not see many clients with a shaved Mohawk dyed neon colours. Despite the funky outward appearance, “he was intelligent, well spoken,” Mr. Blodgett recalled.

Mr. Millard, with his background in aviation (the Millard family founded Millar Air, with Mr. Millard holding the world record for youngest solo helicopter flight), was more than qualified to sail one of Discovery’s vessels, Mr. Blodgett explained, plus the young man had had previous charter experiences. (All of Discovery’s clients must have a good basis in navigation and be able to plot a course on a chart.)

According to Mr. Blodgett, Mr. Millard left port with a young woman, at some point bringing her back to Little Current, only to have another woman accompany him for the remainder of the cruise. During the charter, Mr. Blodgett received a call for assistance from Mr. Millard due to a mechanical failure while at anchor.

When Mr. Blodgett came aboard to fix the problem, he noted a quantity of blood around the boat, which he questioned. Receiving a satisfactory answer, Mr. Blodgett fixed the problem and departed back for Little Current. During his visit, the woman was not in sight. Thinking about the encounter now, Mr. Blodgett said it was “troubling.” While tales of the encounter have grown and morphed into tales of a blood soaked boat and a missing woman, the proprietor said this is not the case, nor can he claim that the second woman on the boat did not return with Mr. Millard, as he did not see his client depart from the boat upon its return to Little Current.

“It was absolutely not a murder scene,” he said adamantly. “It was unusual. He did have an explanation that did seem suitable to what I observed.”

“I would be very taken aback if there was more to the story,” Mr. Blodgett added.

When asked about Mr. Millard’s demeanor, Mr. Blodgett said he was calm and collected about the breakdown, agreeable and patient, especially considering it was the fault of the company.

Following his contact with police, members of the OPP attended the scene, conducted numerous interviews with Mr. Blodgett and have performed forensic testing on the vessel used by Mr. Millard. Police were also told at what anchorage the breakdown occurred.

“It’s a little eerie, but I’d be shocked if it goes anywhere,” Mr. Blodgett said. “I certainly don’t want people to think it was a murder scene—it could have been a perfectly innocent trip.”

The Expositor contacted Manitoulin Detachment Commander Staff Sergeant Kevin Webb, who confirmed that OPP were looking into the case. Constable Lucie Sirois, media officer with the Sudbury detachment, whose office holds the investigation, said she could not provide further comment as the matter was still under investigation. 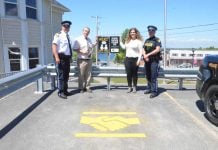 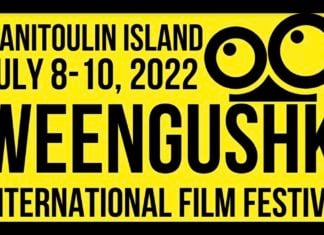