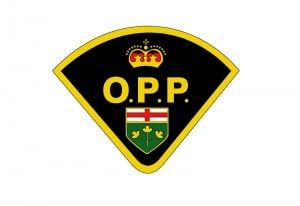 distracted drivers, those not wearing seatbelts and motorists who drive while impaired by drugs or alcohol.

Boaters and All Terrain Vehicle (ATV) riders should also be aware that the OPP marine and trail units will be patrolling waterways and trails throughout Ontario over the long weekend. Three people died last year on OPP-patrolled highways over the 2011 Canada Day weekend. One person lost their life in a marine fatality and another person died in an ATV incident over the same weekend.

“We will have every available cruiser, motorcycle and boat out this weekend and we will be highly visible and well-resourced to deal with driving behaviours that continue to take innocent lives,” OPP Commissioner Chris Lewis said in a press release. “During the first half of 2012, the OPP has dealt with 146 persons who were killed on OPP-patrolled roadways and the motoring public needs to do its part to prevent these ongoing senseless fatalities.”

According to Commissioner Lewis, speed, distracted driving, lack of restraint and alcohol were factors in 92 of the 146 deaths and it is extremely difficult for family members to learn that their loved one died at the hands of a motorist whose driving behaviour fell into one of these four categories.

“Keeping our families safe on the road is a priority for this government. Our message is simple: never text and drive, always buckle up, drive within the speed limit and do not drive any vehicle–car, bicycle, boat or ATV–when impaired by alcohol or drugs,” said Ministry of Transportation Minister Bob Chiarelli.

“Our officers will also be watching for motorists who don’t obey “move over” legislation, which calls for vehicles to move over one lane to the left where possible and safe to do so, or slow down when passing a police or other emergency vehicle parked on the road shoulder with its emergency lights flashing,” said Chief Superintendent Don Bell, commander of the OPP Highway Safety Division.