GORE BAY—While their normal requisitions for the Manitoulin Planning Board will not change this year, Island municipalities are being charged for only a little more than half the costs of the Manitoulin Official Plan. This decision came after planning board members agreed to take close to half the costs of the 2012 Official Plan review out of its reserves.

“We need to explain in our letter to the municipalities we are taking $25,000 out of our reserves to pay for about half the costs of the official plan review,” said planning board member Gary Brown at a recent meeting.

“Does this mean the municipalities requisition (on the board’s total 2012 budget) will remain at the same level this year?” asked Ken Noland.

Planning board secretary-treasurer Elva Carter responded, “the municipal requisitions haven’t changed since 2001 (remaining steady at $71,212), but there will have to be an increase next year.”

“With an additional employee (Jake Diebolt, whose wages will not be funded by the province) and the rest of the costs of the official plan ($57,675) to be paid off as well next year,” Ms. Carter added.

Ms. Carter presented a proposed official plan budget covering the two years, which would include $57,675 each year.

The 2012 planning board budget sees application fees-revenues having gone down $6,200 over the past fiscal year, leading to an actual year-end deficit in operations of $4,437, the board was told.

Ms. Carter pointed out to the board, “the municipalities have already been pre-warned what the costs might be for the official plan review and when I sent a letter out in December I didn’t hear back from anyone.”

Mr. Brown felt the official plan expenses should be separate from the planning board operating budget.

“Yes, but when it comes to audit time, are we (municipalities) going to get charged more,” asked board chair Paul Skippen.

“We told the municipalities to expect the official plan review to cost about $57,000 both this and next year,” said Mr. Noland.

“The municipalities have paid into the reserve since the planning board was started, with the idea that down the road there would have to be a review done of the official plan,” added Mr. Noland. “Obviously we don’t want to deplete our reserves, but we could look at lowering the costs to the municipalities.”

The planning board budget is $305,019 in total, with $155,000 of this dedicated to the official plan review and mapping that has been carried out.

“The reserves were put in place for a reason,” said Mr. Noland. “ If we take about half out to pay down the costs of the official plan and the municipalities get half the bill they were expecting for this, I’m sure they will be happy with this idea.”

“The official plan costs of $57,000 will have to be made up one way or another both this year and the next,” said Mr. Brown.

“It’s not the honorariums I’m thinking about so much, but mileage rate increases (for staff and board members),” said Mr. Hunt, noting there hasn’t been an increase since 2007.

It was pointed out that the 42 cent per kilometre compensation for planning board members and staff is less than rates paid for some municipalities and far less than the 52 cents paid by the Sudbury and District Health Unit and 56 cents paid for District Services Board (DSB) members.

If the mileage rates were increased from 42 to 50 cents per kilometre it would mean an increase overall of $450 a year, the board was told. Following this point, the board passed a motion in favour of the increase.

“We probably won’t be approaching this again for another eight years,” said Mr. Skippen.

As for the official plan, “I agree with taking some funds out of reserve, maybe $25,000 doesn’t affect the reserves too bad,” said Jack Brady.

It was agreed by the board to transfer $25,000 from its reserves this year, with the remaining costs of the official plan to be requisitioned to the municipalities. As well, the normal requisitions paid by the municipalities in the operating budget, $71,212, will remain the same. 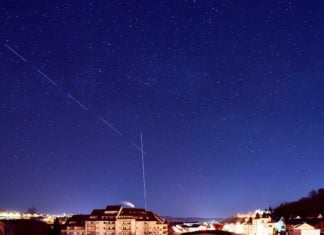