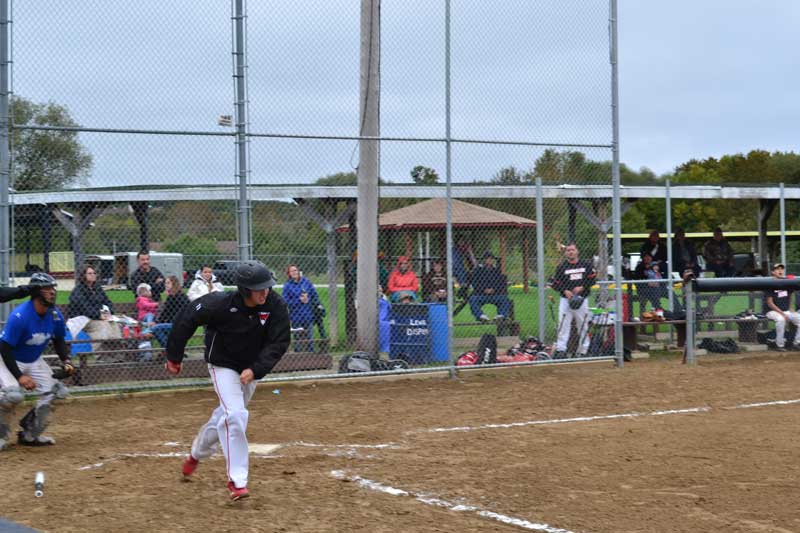 MANITOULIN—Another successful Manitoulin Men’s Fastball League season has drawn to a close and the playoffs are now getting underway.

Gore Bay finished in first place with 12 wins and earned a first round playoff bye.

The West End Merchants are a well balanced squad with veterans like pitcher Glenn Duncanson, ageless catcher Ken Noland and player-coach Bob Dumond all having solid seasons along with contributions from young starters like Cole Dumond, Harrison Noble and Jordan Chandler.

Defending champion Wiky Lumberjacks edged out Mindemoya for second place and the other playoff bye. Having won the league five of the past six years, the Lumberjacks are always a threat to make the finals. The veteran pitching duo of Brent Assiniwe and lefty JP Peltier is one of the best in the league.

The much improved Mindemoya Brewers were helped this year by the addition of Mike Abotosaway away from the Raiders and the return of Barry Barnes along with a good crop of youth including Tyler King, Zack Corrigan, Justin Lanktree and Jeff Delange.

In the best of three first rounds, the Brewers will match up against sixth place M’Chigeeng.

The other series will have the 2014 Champion Kaboni Tigers relying on their ace Brandon Ominika to hold off the always dangerous bats of the AOK Raiders. The Raiders are in a rebuilding phase, but veteran hurler Bob Madahbee and hitters like Sean Assiniwe, Stan Esquimaux and Arron Assiniwe will give the Tigers a real challenge.