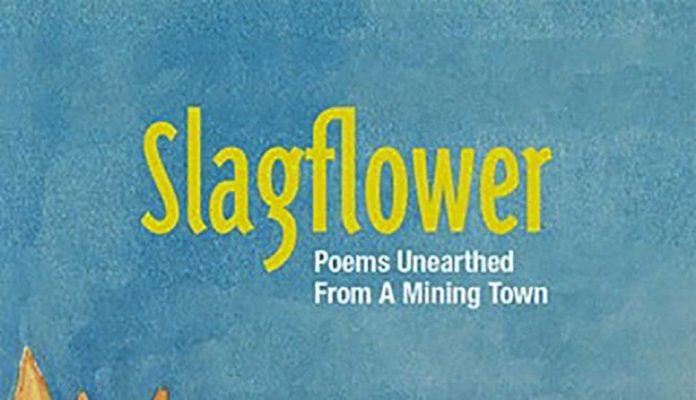 GORE BAY – “The poems of Thomas Leduc’s collection will lead you through several lives,” according to Vera Constantineau, internationally published haiku writer and avid book reviewer. “Reading ‘Slagflower: Poems Unearthed from a Mining Town’ is a novel experience and that’s because this collection reads like a novel.”

In her review of his recent publication, Ms. Constantineau praises the poet for injecting emotion, humour and an uplifting spirit into the work and emphasizes that readers of every age will find something to relate to in the heartfelt words.

Manitoulin residents will have a chance to meet Mr. Leduc, Sudbury’s third poet laureate and current president of the Sudbury Writers’ Guild, when he brings his book tour to Gore Bay Harbour Centre on Sunday, June 30 from 1 to 3 pm. His reading and signing will be part of Canada Day celebrations on the Island.

Mr. Leduc is a fourth generation miner so he writes with sensitivity and knowledge about the evolution of the Sudbury area over the past few years. As he told CBC host Marcus Schwabe in a recent interview, “I wanted to give back to a city that’s given so much to my family. I wanted to delve into my own history.”

The title of the collection is meant to represent anything derived from mining. He acknowledges that Sudbury was “a lot of blackened rock” in the past but has transformed itself with re-greening efforts. “’Slagflower’ could be anyone of us who lived through all of this,” he said in the Morning North conversation. “The city could be the slagflower itself.”

‘Slagflower’ is published by Northern Ontario’s Latitude 46. The busy father of two and Wajax Industrial Components employee, has contributed to other poetry periodicals and books including ‘Sudbury Ink,’ ‘Sulphur,’ ‘Creepy Capreol Junior,’ ‘Along the 46th’ and ‘Our Lakes Shall Set Us Free.’

The ‘Slagflower’ event is hosted by the Gore Bay Museum and the Manitoulin Writers’ Circle. Additional information available at 705-282-1714.