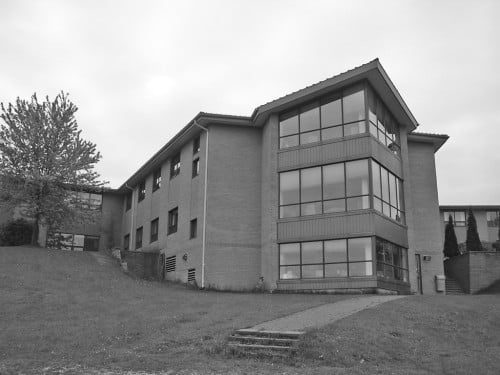 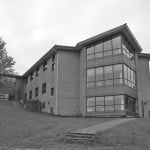 LITTLE CURRENT—After a great deal of discussion and a tight vote, the Centennial Manor board moved to accept a request for proposal (RFP) draft to be used to contract services.

Board member Pentti Palonen attempted to table the motion to accept the RFP and was supported by Kathy Davidson. Their opposition was not sufficient to over take support for the draft from board members Pat McDonald, Al MacNevin and Ed Bond. The motion to pass the RFP was successful.

The task force was formed at the board’s October meeting after some board members expressed concerns with the financial and operational details of the Continuum of Care Plan—a feasibility study which explored ways to make the Manor more self-sufficient and addressed the rising needs of the Island’s aging population.

Using $20,000 in Canada Mortgage and Housing Corporation (CMHC) funds, the Centennial Manor board will use the RFP to seek a consulting firm, which will conduct a detailed financial analysis of the plan outlined in the Continuum of Care report, as well as addressing operational concerns.

The task force met twice and exchanged notes through numerous emailed draft copies in order to develop the RFP that was presented to the board. The task force members felt their efforts addressed the concerns previously brought forward.

The prepared RFP, created with technical assistance from Northeast Town staff, outlined the background of the project and the expectations of the next study. It requested that the finances and operational components of the long-term care component and a non-for-profit (NFP) assisted living and affordable housing element be examined separately in order for the board to have the option to address or adopt each separately.

During the draft preparation process, Ms. MacDonald assured her board colleagues that accounting expertise would be incorporated as an important component to the RFP evaluation portion. She explained during the task force’s presentation to the board RFP that she felt accounting expertise had been stressed by the board previously as an important element to whatever consultant was selected to complete the study.

The RFP also requires that consultants responding to the RFP must plan on exploring the coordination between services and elements (NFP and long term), how they link together, the roles and the responsibility of both as well as a risk assessment of each.

Ms. MacDonald concluded in her presentation that the task force felt the bottom line for the next study was to address the impact that capital investment and the operation of assisted and affordable housing will have on the Manitoulin Centennial Manor.

Mr. Palonen expressed a number of concerns after Ms. MacDonald was finished presenting the RFP.

“I looked at last month’s minutes,” began Mr. Palonen, “and I was rather shocked to see us at this stage.”

He explained that it was his understanding that the task force would simply be coming to the board with questions they wanted consultants to answer in the next study. He said he felt it was a big leap without the task force doing its homework.

Ms. MacDonald, Mr. Bond and Mr. MacNevin seemed confused by Mr. Palonen’s comments and Ms. MacDonald replied that one study had already been done (the Continuum of Care) and that the board had not only previously discussed the study at length but had also brainstormed questions members felt needed to be addressed in more detail in the next phase of study, which the task force used as reference when designing the RFP.

Mr. Palonen expressed that he had a problem of how the Continuum of Care study had been done in the first place and then began reiterating how the few points that Mr. Bond had expressed needed to be “tweaked” in the RFP. He also critiqued the RFP evaluation component, saying that he has never known an RFP to be published with the evaluation and questioned what would happen if there were several consulting firms that met all the evaluation criteria, hinting that it could make the board liable if they selected one firm over another firm that rated the same.

Ms. MacDonald explained that the RFP evaluation must be published with the document in order for consulting firms submitting proposals to know expectations. She also added that Mr. Palonen must have failed to see the disclaimer portion of the document, which clearly states that the winning tender is to be determined by the board and that the board is not obligated to select either the company with the lowest bid or the highest evaluation score.

Board chair Mary-Joe Eckert-Tracy discussed how the Island had changed in terms of potential retirement homes since the Continuum of Care Plan and that the next study should also provide an update for the need of homes for the elderly on Manitoulin.

“We don’t want the Island to have no retirement homes and then we build this facility and then there are three new homes on Manitoulin,” said Ms. Eckert-Tracy.

“The fundamental question is where are all these people going to come from to fill this proposed new facility?,” added Mr. Palonen.

Ms. MacDonald addressed these concerns by reminding the board that the proposed Continuum of Care is focused on affordable housing and assisted living, not a retirement home.

“You’re right, Pat,” said Mr. Bond. “Our study is talking about assisted and affordable housing. Those are the only issues we are talking about or exploring.”

After discussions among the board members, several small changes were made to the RFP including adding more weight to some of the evaluation points and omitting a request for the consultants to explore how many long-term beds would be financially optimal for the home (the board decided to consult with Extendicare on that issue).

Mr. MacNevin put forward two motions, the first for the board to accept the modified RFP draft and the second, to advertise the RFP, seeking proposals for the study.

“I feel really reluctant to vote on a draft not finalized,” said Mr. Palonen. He then put forward a motion to table Mr. MacNevin’s first, and subsequently second, motion until after reviewing a final copy of the RFP with the incorporated changes at the next board meeting.

Ms. MacDonald clarified that there were only a few changes and that they had been made to the draft as the discussion took place.

“I hear the words ‘I think’,” objected Mr. Palonen, to which Ms. MacDonald relisted the changes, stating clearly the changes and the pages on which they had been made.

The board then voted on the motion to accept the modified RFP, which was passed by Ms. MacDonald, Mr. Bond and Mr. MacNevin.

Mr. MacNevin’s second motion, to advertise the RFP, was also passed, with the board deciding collectively that Manor staff would design and submit the advertisement to the newspaper.

The advertisement seeking proposals from consulting firms has been submitted and is in this week’s edition of The Expositor. The deadline for proposals is Wednesday, December 21, with the plan that the consulting firm will be selected by the board early in the New Year, with a study completion date set for March 1.