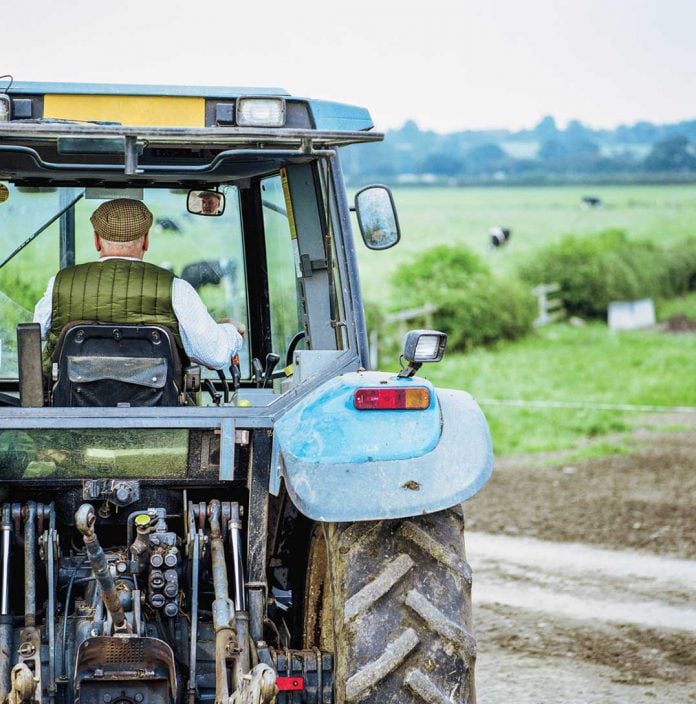 TORONTO—The atmosphere at in the Marriott Conference Centre for this year’s Beef Farmers of Ontario annual general meeting was decidedly more upbeat than last year’s, especially with an announcement by Ontario Minister of Agriculture, Food and Rural Affairs Ernie Hardeman that the province will be making changes to a key lending program aimed at helping farmers.

The improvements to the Feeder Cattle Loan Guarantee Program were announced in an address by Minister Hardeman at the Beef Farmers of Ontario’s Annual General Meeting.

According to a government press release the changes would “reduce unnecessary and costly credit checks in the program, which will save co-ops time and money. The revisions would also streamline the transfer of ownership of livestock once a loan is paid off.”

“Our government wants to help these hard-working farmers focus on growing their businesses,” said Minister Hardeman. “One way that we’re doing this is by introducing changes to the Feeder Cattle Loan Guarantee Program that will reduce red tape and overall costs for co-ops, resulting in a better program for our farmers.”

“It was definitely a better atmosphere than last year,” confirmed Mr. McNaughton, although he said that they were still waiting to hear the details of the planned changes. “It was a pretty general statement the minister made at the AGM,” he said. “We still don’t know exactly what all it entails, but it did sound positive.”

The announcement noted that as part of the Restoring Ontario’s Competitiveness Act, the government has proposed changes to the Ministry of Agriculture, Food and Rural Affairs Act that, if passed, would allow future program changes to be made faster.

The minister said that Ontario’s beef farmers are being impacted by out of date and unnecessary government red tape that’s adding to their operating costs and hurting their competitiveness.

The news will likely be greeted with relief by the estimated 19,000 beef farmers in Ontario.

The Feeder Cattle Loan Guarantee Program supports feeder cattle producers by offering short-term loans at below-market rates based on the strength of a 25 percent loan guarantee by the provincial government. In its 28-year history there have been no defaults that resulted in the province having to pony up to cover the loans.

The AGM also saw a $1.25 increase in the check-off fee pass muster, after falling short of the mark at last year’s AGM. The check-off fee is the amount paid to BFO for each head of cattle sold in the province. Under Regulation 54 of the Beef Cattle Marketing Act, a compulsory check-off on per head sold by cattle farmers is payable to BFO to fund the association. Packing plant operators, auction market operators and livestock dealers are required to deduct the check-off from the proceeds payable to the seller and remit check-off fees to BFO. Breeding stock, cull dairy cows and beef calves are included. Exemptions only exist for cattle sold for the production of milk and veal.

“I think they did a better job of selling the increase and they changed the way it was going to be used,” said Mr. McNaughton. “Under this proposal $1.25 of the increase will be used to market Ontario beef.”

Under the current $4 check off regime, $3 remains in possession of BFO to fund programs and activities, and maintain daily operations and $1 is a mandatory national levy collected to fund research and marketing activities on behalf of the entire industry. The goal of the national check-off is two-fold: to increase sales of domestic and export beef; and to find better and more efficient methods of producing beef and beef cattle. Now marketing efforts will be getting a substantial boost.

The new marketing initiative will help offset the current dietary trends that are pulling away from red meat consumption in part by highlighting the dietary benefits of beef.

“The increase will now be forwarded onto the legislature to make the necessary adjustments,” said Mr. McNaughton.

Jim Clark of the Ontario Cattle Feeders’ Association and the Ontario Corn Fed Beef program will be part of the committee working on the new marketing push.