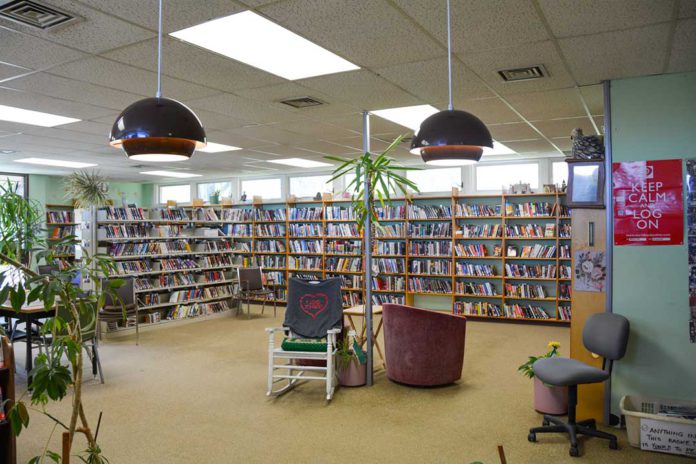 SUDBURY – Interlibrary loans for Northern Ontario libraries are slated to resume on Saturday, June 1 following considerable backlash over the impacts of funding cuts imposed by the Ford government, another instance in the growing list of protests following recent budget reductions by the province.

“We’re pretty happy about this news. We use interlibrary loans quite a lot and we have patrons who mainly use that,” said Little Current Public Library head librarian Karen Gallo.

When resumed, the interlibrary loan system will operate just as it had before, but only between Northern libraries. It will continue to enlist the services of Canada Post to ship books and other borrowing materials between libraries, including DVDs, documents and CDs.

“Once the program starts, libraries in Northern Ontario will be able to log back into the software to process interlibrary loans. Ontario Library Service-North (OLS-N) will provide a rebate that will help pay for the postage at the 2018 rate,” said OLS-N CEO Mellissa D’Onofrio-Jones.

The funding cuts that came to Ontario libraries have necessitated a number of staffing changes. One of which is OLS-N’s finance assistant who will be moving into a part-time role. The finance assistant’s duties include processing rebate requests for interlibrary loans.

Northern Ontario libraries had been impacted much more significantly by the loss of interlibrary loans than their southern counterparts. Although both regions depend on the service to offer a full range of offerings for library patrons, the North’s higher proportion of small communities that are spread quite far away from neighbouring towns means sharing library catalogues has been the only way to feasibly offer adequate library services.

“(Interlibrary loans) give us the opportunity to provide more books to the community. Because we’re a small library, we can’t house and we don’t have the budget for a large amount of books. This allows us to borrow from other libraries for the things we might not have, rather than having to purchase them ourselves,” said Ms. Gallo.

An additional aspect of Northern Ontario libraries is that there are a higher proportion of libraries servicing communities with fewer than 5,000 people, as opposed to southern Ontario.

“The boards who serve those communities are almost always volunteers. We provide training and support to those boards as well as an important component to the services we provide. We will still be providing board training and consultant services,” said Ms. D’Onofrio-Jones.

Interlibrary loans are effectively an essential part of any modern library. They reduce costs by cutting the number of copies of any given item a library must purchase, as well as offer patrons a nearly infinite amount of content from which they can choose. Libraries at educational institutions and even the federal Library and Archives Canada have provisions to support interlibrary loans. The federal agency does pass along processing costs to the end user, as may have been the case in Ontario following proposed funding cuts, however it only offers loans on extremely rare items that cannot be found anywhere else.

In many small communities, libraries function as hubs where people of all ages and backgrounds can gather and find something that appeals to them, whether it be a social club, an exciting new read or even access to a computer and internet, the latter of which can be rare in certain parts of the province. Most importantly, library services are free, breaking down economic divides that might otherwise obstruct lower-income individuals from participating.

“Libraries are important for communities to provide access to information and space, and to foster a sense of community. I think that’s particularly important in smaller Northern communities where those kinds of community spaces may be even more at a premium,” said Ms. D’Onofrio-Jones.

“Libraries are hugely innovative, providing services like seniors’ tech help to youth story time and also other tech programs like coding and those kinds of youth computer preparation programs in their communities. They’re definitely community hubs, and definitely provide community services well beyond what we think of as a traditional library—physical or electronic books,” she added.

Despite the North’s interlibrary loan service being reinstated, libraries in southern Ontario currently remain without such a service after facing similar budget cuts. Their loans were handled internally, rather than through the mail. Ms. Gallo said this may impact the North as well.

“It’s too bad our support system has been cut in half. Having the whole system meant a lot to us. We now will have much less support and the support won’t be there as quickly as