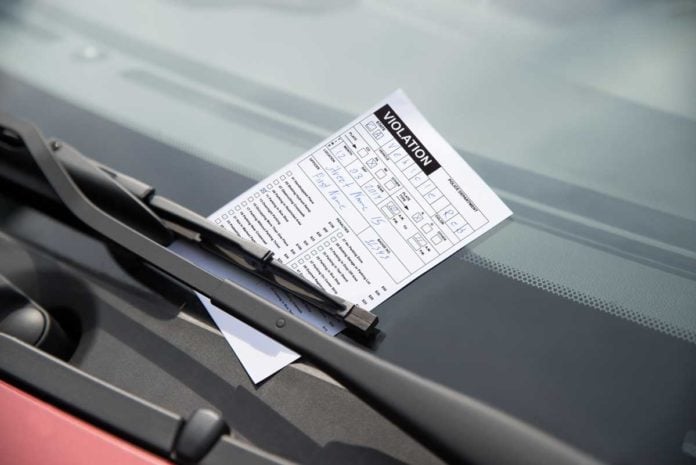 MANITOULIN—With very little funds left in its bank account and looking at a projected deficit for 2022 of $15,000,  the members of the Manitoulin Provincial Offences Act board are going to be looking to Island municipalities to share in the shortfall. As well, the POA is also going to advocate for the in-court early resolution of cases system to be changed, as it is actually costing the POA funds every time a case arises and is delayed.

“This is why I called for this emergency meeting,” said Pam Fogal, POA manager at a POA board meeting last week. “We have virtually zero funds and no reserve. Michael (Lalonde, treasurer of the town of Gore Bay) is here with me to go through how the POA got into the situation it has.”

“The financial statements for 2021 are not audited yet, but they are as accurate as possible,” said Mr. Lalonde.

Mr. Lalonde explained that POA revenues have been declining since 2011 and that the decline in revenue coming in has been dramatic. “The reserves were established in 2011 and $30,000 was put into reserves based on an overall surplus of $83,000 and $53,000 was returned to the municipalities. The cash holdings have continued to decline since 2016 and any surpluses were held by the POA.

“The POA started to see deficits because of the continued declines in revenues as well,” said Mr. Lalonde.

Currently the POA, “has about $5,000 in the bank, and its reserve is going to take a big hit, with $46,000 being taken out of the reserves this year to balance the books,” Mr. Lalonde explained.

“Where did the cash go, when $184,604 was paid out to municipalities in surplus over the past 10 years?” said Mr. Lalonde. “There was no cash reserve, because there was no actual funds set aside. He said for the years 2020-2021, there was a combined deficit of $45,000, and the projected deficit for this year is $15,000.” The POA had to cover all the costs of court recovery related to the COVID-19 pandemic such as plexi-glass, extra staffing, and electronic equipment required to conduct audio/visual courts. There was no financial support from municipalities or the provincial government.

“When we do our budget based on revenues from tickets handed out for offences, if we continue to use the early resolution system, and the person who is fined wants this to go to court, does it end up costing municipalities?” asked POA board chair Derek Stephens.

“That is definitely happening,” said Ms. Fogal. “A lot of early resolution cases are not resolved through this process and the person goes to trial; and each case can mean that the person appears three times in court.”

“So, people can be given tickets for offences, but if these people take this to court we lose money?” asked  Mr. Stephens.

“The other issue is that we feel people, and the general public, have caught on to what they can do. The number of early resolution cases doubled and more,” said Ms. Fogal. “So, for a $90 ticket that has been handed out to a person, it can cost us well over $500 to have it prosecuted. Once a case enters trial the (accused) can say they haven’t received disclosure so the case is delayed,  they can say they haven’t had time to discuss it with their legal counsel and it is delayed again.” She pointed out several delays can take place in each case and each time there is a delay, it costs the POA in court costs and the case can even be withdrawn

“So, basically the early resolution process used to save us money, but now it is costing us,” said board member Michael Erskine.

The early resolution process was supposed to expedite things. Is this problem common throughout the province, asked board member Bryan Barker.

“It is becoming more of a problem,” said Ms. Fogal. “We are one of just a few POA offices still offering early resolution.” She also told the board that as of February 14, the POA is allowed to issue driver’s license suspensions again. “No leniency should be provided,” she suggested. If a person hasn’t made a payment on a fine, they should have their licence suspended.”

“We are still in a cash flow crunch,” said Mr. Erskine. “It sounds like this is a systemic issue,” he said, asking if the POA is looking at going back to the municipalities to cover the deficit this year.

At this stage, the POA has approximately enough funds in its account to pay its employees for just two payroll periods.

While the POA’s option to suspend licences had been deferred through the COVID-19 pandemic, the organization now has had this authority reinstated, and a board member asked if it would help sustain the POA and Ms. Fogal said it will give the POA a couple of months.

“I don’t know if municipalities want to keep paying for a POA. When the government downloaded this all on municipalities, it was with a $1-2 million dollar deficit,” said Mr. Stephens. “If we can’t make money, how is the POA going to keep going?”

The POA has over the years been a revenue generator, said Mr. Erskine. “It will generate revenue again.”

“As I keep telling my council members, we can have things like trailer bylaws in place, for instance,and can fine someone $170 but if it costs the municipality $1,000 to collect the fine, I don’t see this as revenue,” said Mr. Stephens.

Mr. Lalonde said the POA court is not designed to provide revenues to municipalities but to change the behaviour of those people who are charged and receive fines.

“Municipalities can’t function without bylaws and enforcing them,” said Mr. Barker. “It may cost to collect fines, but I have a hard time visualizing municipalities not having bylaws.”

The number of tickets handed out for provincial offence act violations has decreased 22 percent from last year, the board was told.

“The POA hasn’t been able to collect revenues because of the government’s restrictions on collection of tickets through the pandemic,” said Mr. Lalonde. He proposed allowing for a year to see if and how things change and if the POA is able to collect fines and monitor revenues during this time.

Board member Jack Bould noted that even before the pandemic, POA revenues had seen a downward trend.

Ms. Fogal told the POA board that she would be talking to a Ministry of the Attorney General official and she would also be meeting Algoma-Manitoulin MPP Michael Mantha to discuss the issue and concerns.

“What do we need to do to get over the short-term hump? I agree, maybe if we can get over the hump and get back to normal and can draw revenues, then we can see where we are,” said Mr. Barker.

“We need some kind of a (financial) cushion for the short-term,” said Mr. Erskine, noting board members can go their municipalities and explain the situation and request that they provide financial support.

“I would go with asking the municipalities together to provide the $15,000 with hopes that we will be able to increase revenues this year. However I still  want us to pursue what we can do to get out of this situation and prevent it from occurring again,” said Dan Osborne.

The municipalities have to be made aware the POA no longer has a cash reserve, said one board member.

“I support asking the municipalities to provide $15,000 altogether and looking at changes being made in the early resolution process,” said Mr. Barker.

The board passed two motions, one to ask all Island municipalities to pay a share of the $15,000 deficit and to lobby for changes to be made to the early resolution court system.

“We should have a good indication by April where we stand,” said Mr. Stephens. 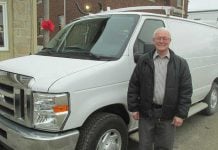