SUDBURY – Parents/guardians of students at Manitoulin Secondary School (MSS) and Central Manitoulin Public School (CMPS) in Mindemoya probably thought they had good reason to be concerned if they viewed the number of absences the schools reported on the provincial COVID-19 advisory website on Wednesday, January 26. At MSS, 80 percent of staff and students were absent that day, and for CMPS, the numbers were just over 59 percent. However, those numbers were significantly high due to the fact that because of weather conditions buses to Island schools were cancelled that day. The number of students who would normally use the bus but couldn’t because of the cancellations were included in the statistics.

Bruce Bourget, director of education for RDSB told The Expositor, “I think some things have to be taken into context when you are looking at the absence counts for a school on a particular day. The percentage of students absent on a day when transportation (school buses) has been cancelled will definitely increase absenteeism in a school. On Wednesday (January 26) all school transportation was cancelled. Sudbury Student Services Consortium (SSSC) released information on that.”

“And, if any school reported 80 percent absenteeism and it wasn’t in part due to transportation being cancelled, public health would be involved and investigate,” said Mr. Bourget.

As of January 24, public health units throughout Ontario are no longer advising school boards of confirmed cases of COVID-19 and/or asking schools to dismiss cohorts or declare outbreaks, the RDSB reported in an update. Schools are now reporting total absences for staff and students to the Ministry of Education daily.

This data is published on ontario.ca. Absences on the provincial website reflect a percentage of student and staff who are away from school on the previous day, regardless of reason.

Any school absences 30 percent above baseline (what a school usually experiences) is reported to public health for follow-up, the RDSB says. Should there be any information to share related to COVID-19, Public Health will provide a letter for parents/guardians. In the event of a school closure, a notice will be posted on the advisory page.

“The Ministry of Education created guidelines for all boards to follow,” said Mr. Bourget. “When absences are 30 percent above the baseline for a school, it is reported to public health. We’re required to report all absences, which can include bus cancellations, someone being sick and staying home, and those students learning remotely at home. All absences are captured in that number.”

Mr. Bourget noted as well that what is reported on the provincial website in terms of absences are  statistics of absences at schools from the previous day.

“The bottom line is when the number of school absences is 30 percent above the baseline, we report that to public health, and they will look into whether action is needed to be taken. They may send a letter to inform parents/guardians, and if recommendations come from public health we put the recommendations into action,” said Mr. Bourget. He said the board does not get 100 percent attendance among students and staff every day.

Mr. Bourget said in explaining the baseline for absences, all schools have a certain percentage of students/staff that are normally absent any day. If this is 30 percent above normal levels action will be required. “We call PHSD (Public Health Sudbury and Districts (PHSD). And keep in mind the Ministry of Education set all the pararmeters.”

“So, for example, for CMPS wee determined their baseline for absences is 12 percent, based on typical numbers based on data we collected from September to December, as is the case for all schools,” said Mr. Bourget. “Rest assured, if any school met their threshold, we do our due diligence and would contact (PHSD) and they would investigate. They might recommend actions the board needs to take, and we would take action, based on the recommendations.”

Mr. Bourget cautioned, “the province could make changes or modifications to this system.”

“One important message we want to relay to students and staff is that if you are not feeling well, stay home and take care of yourself and follow all the screening tools to keep yourself and everyone safe,” said Mr. Bourget.

For the record, on January 27 the number of absences for MSS had dropped to 22 percent, and 36.2 percent at CMPS. 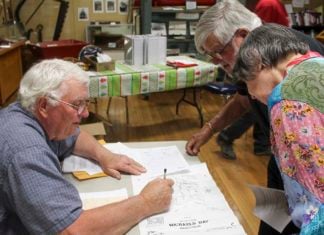 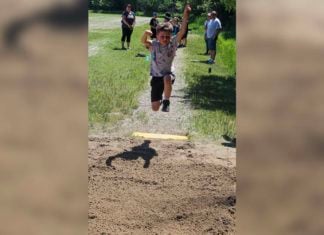